At the time of his death in October of 2013, Dr. Finlay was completing research for a book on the environmental history of coastal Georgia, with emphasis on Ossabaw Island, Ga.

As part of that research, he interviewed members of Ossabaw Island’s first Genesis Project at a 40-year reunion in 2010. Just a month before he died, he traveled to Plains, Ga. to interview former President Jimmy Carter as part of his Ossabaw research.

“What made Mark so exceptional is that he brought a brilliant mind for research, an excellent writing ability and a remarkable gift for telling an engaging story,” said Paul Pressly, director of The Ossabaw Island Educational Alliance. “He was able to make the past real and meaningful to everyone — scholars and schoolchildren, academics and amateurs — and to make us all feel a little bit more connected to our history and to each other.” 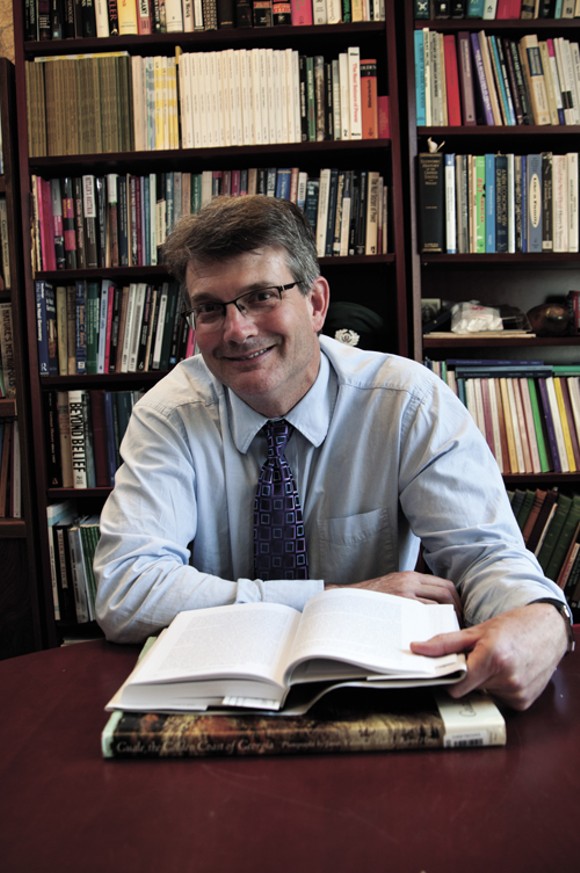 Dr. Finlay’s work will serve as the centerpiece for an environmental history symposium being organized by the Ossabaw Island Education Alliance, scheduled for 2016. Dr. Finlay served as co-chair of its planning committee at the time of his death.

In 2008, The Ossabaw Island Foundation established the Ossabaw Fellow academic prize, which is awarded to a scholar who has completed a significant body of work relating to, and inspired by, Ossabaw Island. Since its inception, two other Ossabaw Fellows have been designated: Dr. Allison Dorsey, for her research on the post-civil war reconstruction period on Ossabaw Island, and Dr. Stephen Darcy for The Marshes of Glynn.

HSF to donate to Habitat for Humanity

More by From Staff Reports

By From Staff Reports