The film tells the story of the “greatest sci-fi movie NEVER made,” an adaptation of Frank Herbert's best-selling 1965 novel Dune, meant to be directed by avant-garde filmmaker Alejandro Jodorowsky.

Another version of Dune was eventually released in 1984, starring Kyle MacLachlan and Sting and directed by David Lynch, but was a huge box office flop.

A portion of proceeds for today only go to support Psychotronic Film Series efforts to bring alternative cinema to town. The film remains at Spotlight for the rest of the week. 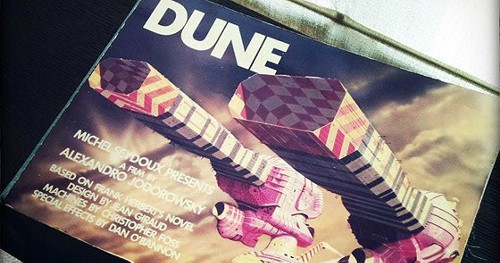