"The apartment complex has been the scene of multiple incidents lately and Feiler Park residents are concerned that portions of a brick block fence the city has erected around the apartments have been dismantled by residents," police says. "They see the damage as an indication of the criminal element in the area."

"I was raised in this neighborhood and we had people looking out for each other," Jones said. "We are going to return to that kind of neighborhood." Doing so, she said, will take the efforts of all members of the community.

From her prepared text, she read: 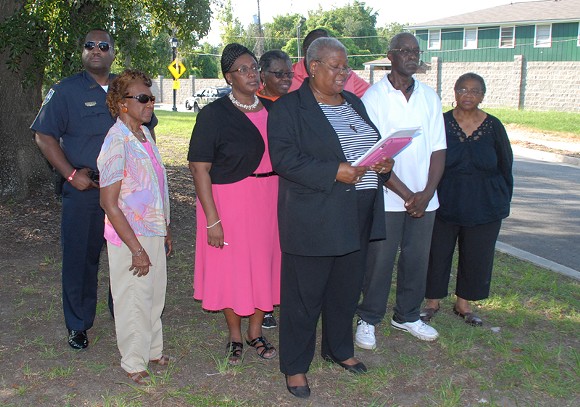