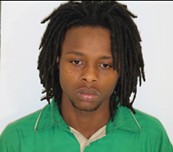 SCMPD detectives are conducting  investigations into the stolen items recovered.