A multi-agency investigation led by Metro Police "has led to the arrest of a Garden City man and the seizure of materials to construct a bomb he had threatened to deploy," police say.

David Nolan Evans, 40, was arrested after a search of his Garden City residence "led Metro bomb technicians to discover and seize explosive materials and additional components to build an actual bomb."

He has been charged with terroristic threats and acts, possession of a hoax device by a convicted felon, false public alarm and violation of probation. He also was charged with obstruction "after he broke free from officers and tried to run from the residence."

David Nolan Evans
The action followed the discovery of a potential bomb device in the Savannah Probation Office last Monday. The area around the Probation Office and also houses a Social Security office on Southern Oaks Drive off Chatham Parkway was evacuated for several hours at the time.

Since the device was located, "investigators pored over clues and Probation Office records to iden tify Evans as the suspect and obtain the warrant to search his residence," police say.

The device discovered in the Probation Office contained "all components of a bomb except explosive material. It was accompanied by a note warning that a future device would include that material," police say.

Additional calls to Emergency 911 threatened to deploy a larger device that would be armed in early February.

The SWAT-led warrant service on the residence on Priscilla D. Thomas Way about noon Friday "led to discovery of enough materials to fulfill that threat."

Evans, a registered sex offender who has been charged with probation violation at least four times, "has an extensive record with Metro Police and Chatham County law enforcement agencies," police say. 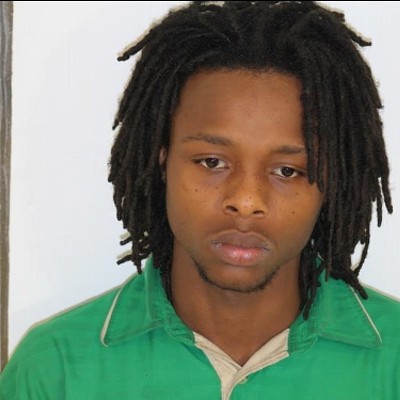