Detectives from the Savannah-Chatham Metropolitan Police Department "are seeking the public’s help in identifying a male who forced open a door of a college library and damaged computer equipment and a glass table on March 22," a spokesperson says, referring to the SCAD Library on Broughton Street.

The suspect is believed to be a white male between 20 and 30, about 6-foot to 6-2, and 155-180 pounds. "At the time, he was wearing brown or khaki pants, a white long-sleeve T-shirt with dark sleeves and blue shoes. Security cameras caught his impression," police say.
click to enlarge

He appears to have pulled a door open about 3:17 a.m., "entered the building, tossed the computer to the floor and broke the glass table where it had been placed and then left, pulling a fire alarm as he exited," police say.

Anyone with information on the suspect is asked to call Crimestoppers at (912) 234-2020 or text CRIMES (274637) using the keyword CSTOP2020. Tipsters remain anonymous and may qualify for a cash reward. 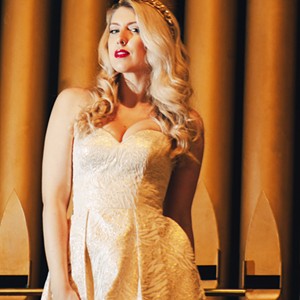