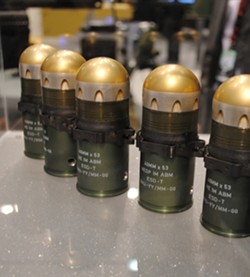 Metro Police Thursday arrested a 49-year-old man already on bond for a federal indictment "after finding nine highly explosive military grade rounds in a warehouse connected to his business on Wednesday," police say.

Wesley Defreitas was arrested at his business, Warrior’s Gear, on warrants drawn by members of the Savannah-Chatham Metropolitan Police Undercover Narcotics Investigation Team (UNIT.) He has been charged with 9 counts of possession of explosives. Additional charges are being considered.

"Unit officers had worked in support of federal agents from the Bureau of Alcohol, Tobacco, Firearms and Explosives who were investigating a storage facility being used as a warehouse for Warrior’s Gear. Defreitas was on bond for a federal indictment for illegally selling weapons to unauthorized purchasers in a raid by ATF and Metro officers last year," police say.

While searching the storage facility, agents and officers seized a shotgun and nine 40mm HEDP (Highly Explosive Dual Purpose) rounds. "The rounds are designed to destroy light armored vehicles and are to be possessed only by military in time of combat," according to police.

ATF and UNIT officers continue to investigate the business and associated activities. 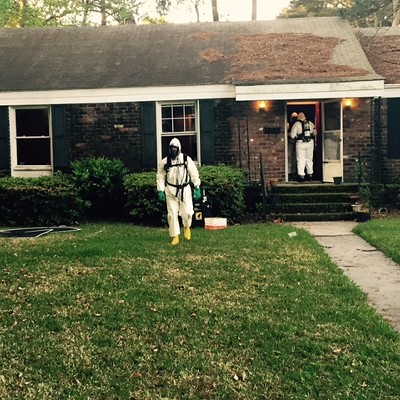