Marine Patrol officers from the Savannah-Chatham Metropolitan Police Department are investigating the reported theft of a 29-foot boat found capsized in the Savannah River on Friday.

The “Salt Daddy,” a 29-foot Century boat, "was found floating upside down in front of the port in the Savannah river after police were alerted to a capsized vessel about 9:45 a.m.," police say.

"Holes had been drilled in the hull in an attempt to scuttle the boat that had been reported stolen in St. Augustine, FL on May 10."

Crews from Tow Boat US worked several hours to upright the vessel which then was identified. All equipment, including twin motors, had been removed, including the identification numbers.

It had been valued at $145,000 at the time it was stolen. The owner of the boat was notified and the vessel was stored at a marina. 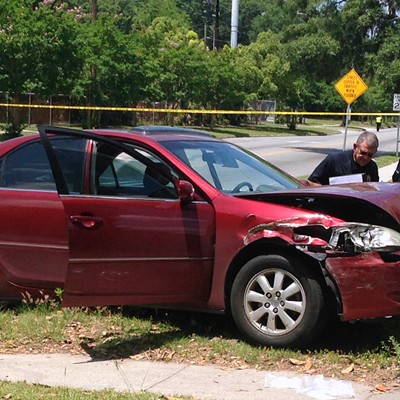 Child ejected from car, serious but stable condition, after crash at Habersham and Columbus