"Unsecured tanks containing volatile substances have been identified as the cause of an explosion in downtown Savannah that caused no serious injuries," a police spokesperson says about last night's explosion downtown, heard by thousands of people and widely feared at the time to be a possible terrorist or hate crime incident.

Explosive Ordnance Device detectives "traced the cause to an open valve on one of the tanks on the back of the pickup truck that ignited when the truck made an abrupt stop, jostling the items in the bed," police say.

The ensuing explosion littered the first block of Montgomery Street with flattened sheet metal, tools and other items. Several vehicles parked in the area sustained slight damage, along with damage to the Hilton Garden Inn hotel.

“We were very fortunate that no pedestrians or drivers were in the area at the time,” said Downtown Precinct Capt. Ben Herron. “Had this happened on a weekend we could have had a large crowd in the area.”

The explosion was reported at 8:47 p.m. as a white Ford F-150 pickup containing air conditioning equipment and supplies attempted to turn into the lane behind the hotel. "When Theodore John Froehlich II, 56, of Gulfport, MS, driver of the truck, stopped for a small SUV trying to back up in front of him, an explosion occurred," police say.

"A bystander with military training pulled the driver from the vehicle and Savannah Fire and Rescue vehicles responded as police cordoned off a six-block area," the spokesperson says. "Froehich was determined to have only a small cut on his forearm and no other injuries were reported. Firefighters quickly confirmed that no hazardous chemicals remained on the scene."

Tanks in the truck were filled with acetylene, oxygen, carbon dioxide and refrigerant. The truck is owned by Tidewater, Inc.

Shooter at large after Southside robbery 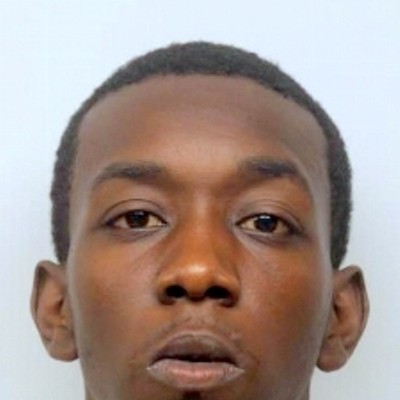