One man is in custody following a joint operation between the Chatham-Savannah Counter Narcotics Team (CNT) and the Savannah-Chatham Metropolitan Police Department (SCMPD). 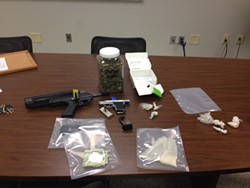 Items seized in bust
"Just after 4:00 a.m. on Tuesday, September 8, SCMPD responded to a burglary in progress in the 2100 block of East 60th Street. Upon arrival officers observed 24-year-old Raheem Collins, of Savannah, acting suspicious near a parked GMC pickup," a CNT spokesperson says.

"Officers detained Collins because they believed he was providing a false name and address. SCMPD requested CNT to the scene after officers observed items inside the truck that they believed to be connected with drug distribution."

CNT agents had the truck towed and were able to obtain a search warrant for it. Agents seized of a large amount of methylenedioxyphenethylamine (MDMA), heroin, and marijuana. Agents also seized two firearms and more than $1,100 in U.S. currency.

Collins is facing numerous felony drug and weapons charges to include Trafficking Heroin and Possession of a Firearm by a Convicted Felon. "This arrest marks his 11th booking in Chatham County, second CNT arrest, 12th drug-related charge and his fourth gun-related charge," CNT says.

The seized narcotics has an estimated street value of up to $9,000. CNT’s investigation is ongoing and additional arrests are expected. 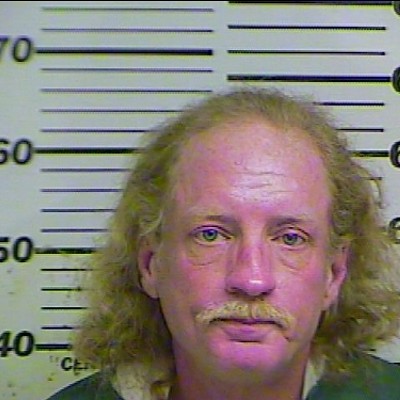 Man with extensive drug record arrested for meth on Tybee