Suspect sought in homicide near DeRenne

At approximately 7:40 a.m. on Thanksgiving Day, SCMPD officers responded to 13 Oak Forest Lane in reference to a dead body. Officers found Bobby Owens, 43, of Savannah, deceased in front of the residence. Detectives and forensics also responded to the scene.

"A suspect in the homicide has been identified and an arrest warrant has been obtained for Johnathan Maurice Gibbs, 18. Gibbs is described as a black male, 5 feet 5 inches tall, weighing approximately 130 pounds and is considered to be armed and dangerous," police say. 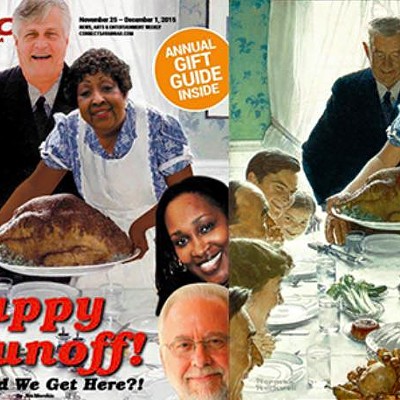 Statement On This Week's Cover Image