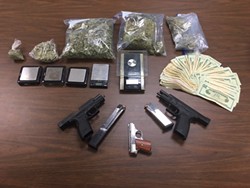 Late on Wednesday May 18, "CNT with assistance from the Savannah-Chatham Metropolitan Police Departments Precinct IV Crime Suppression and K9 Units executed a search warrant at 11 Burbank Boulevard in Savannah. The search warrant resulted in the seizure of ecstasy, prescription pills, and more than two pounds of marijuana. Also seized were three firearms, approximately $1,400 in U.S. currency, and two vehicles," CNT says.

"A total of six people were arrest at the time of the search warrant; 19-year-old Jamareiy Bartley, 23-year-old Robert Coleman Jr, 37-year-old Andre Foreman, 27-year-old Corey Hines, 26-year-old Pierre Sutton, 17-year-old Dequan Thorpe, all of Savannah. With the exception of Corey Hines, all other persons were charged with felony drug charges. Corey Hines was charged with Possession of marijuana Less than One Ounce and posted bond. All others remain in the Chatham County Detention Center and are expected to be arraigned today in the Recorder’s Court of Chatham County, Georgia," says the spokesperson.

The investigation is ongoing and additional charges and arrests are expected. The seized drugs have an estimated street value of up to $4,000.00 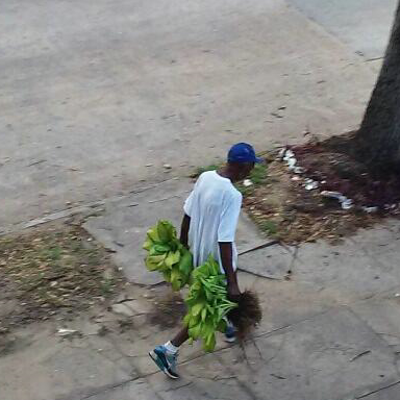