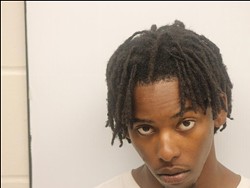 Arthur Newton, 23, Artez Strain, 22, Timothy Coleman, 21 and Tyriek Walker, 21 are charged with murder for their roles in the Sep. 12 shooting that took Powell’s life. "All four are documented members of the Bloods gang," police say.
click to enlarge 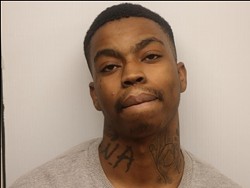 Timothy Coleman
Initially, Powell was robbed by Newton and another armed suspect on the evening of Sep. 7 in the Tatemville neighborhood. "Powell acted in self-defense when he exchanged fire with the suspects, injuring one. Newton was arrested and charged with armed robbery after the incident," police say.

On Sep. 12 at about 5 p.m., Metro responded to the same area where the robbery occurred, finding Powell with a fatal gunshot wound. 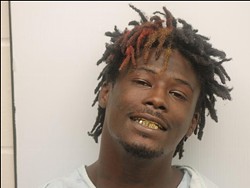 Arthur Newton
ive work, detectives learned that Newton orchestrated orders to lower-ranking members of the Bloods gang. Strain, Coleman and Walker carried out those orders and participated in the death of Powell," police claim.

Nov. 7, the Southeast Regional Fugitive Task Force of the US Marshals Service located Timothy Coleman, serving him with a murder warrant in the 200 block of Montgomery Cross Road. Nov. 8, Newton, who has been at CCDC since the armed robbery, was also served a murder warrant. Nov. 9, Strain’s warrant was served after the SERTF, including an embedded SCMPD officer, and
click to enlarge 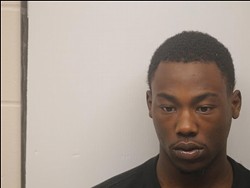 Tyriek Walker
Metro’s SWAT team executed a search warrant at his residence in the 5500 block of Skidaway Road. Walker turned himself into SCMPD Headquarters on Nov. 10 at about 9:50 a.m.

“Savannah-Chatham Metropolitan Police Department, our local, state and federal partners stand united in the cause to rid our streets of the violence that has been plaguing our community. We are proud to announce that our streets are a little safer. We are going to continue to seek out the violent offenders of Savannah-Chatham, using every tactic that we can, by utilizing a laser focus on our violent offenders and by continuing to perfect our partnership with our local, state and federal partners. We want the violent offenders to know that if they decide to use a gun to terrorize the citizenry of this community we are all coming after you,” said Chief of Police, Joseph H. Lumpkin Sr.

Major Zapal, Commander of SCMPD’s Criminal Investigations Division added, “If you are associated with the gun violence in this community, we will bring the fight to you and we will bring it swiftly and relentlessly. Our investigators are working extremely hard at clearing these cases and they are being extremely successful.”