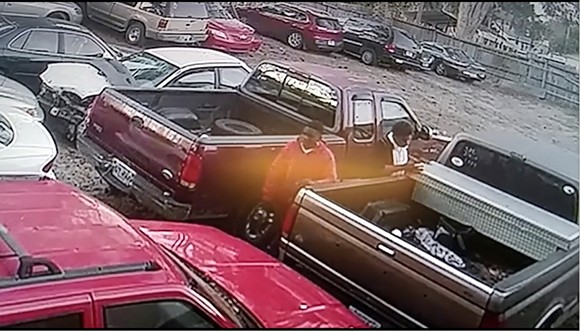 The Savannah-Chatham Metropolitan Police Department’s Island Precinct detectives ask for the public’s help identifying two suspects who broke into cars and stole a car at a tow yard on Thursday, Feb. 16.

"Metro responded to the 2300 block of Skidaway Road at approximately 2:00 p.m. Reportedly, two suspects kicked down a portion of the tow yard’s fence, gaining access to the premises. They proceeded to enter several vehicles on the lot. The suspects entered a brown 1992 Ford F-150, before fleeing in the vehicle," police report.

Double shooting on the Westside