Port of Savannah has its second-busiest month on record 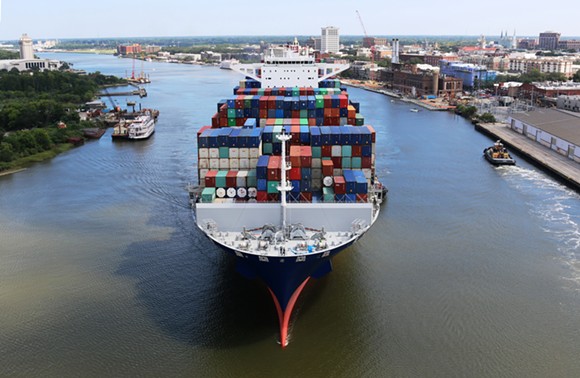 The Georgia Ports Authority announced today that it has "moved 378,767 twenty-foot equivalent container units (TEUS) in July, an increase of 12.7 percent, or 42,668 TEUs, compared to the same month last year," according to a GPA spokesperson.

In all, this July was the second busiest month on record for the Port of Savannah.

"July was an incredible start to our fiscal year, with double-digit growth across our container, breakbulk and dry bulk operations," said GPA Executive Director Griff Lynch.

July continued that trend, they say, with the busiest month on record for intermodal cargo, at 41,070 container moves.

"Greater capacity, via cost-effective 14,000-TEU vessels transiting the Panama Canal, makes Savannah an even more competitive option to serve the Eastern U.S.," said Lynch. "This, in part, is driving an increase in rail moves to markets such as Memphis and Nashville."

Kris Kristofferson and the Strangers set for Savannah show Nov. 13