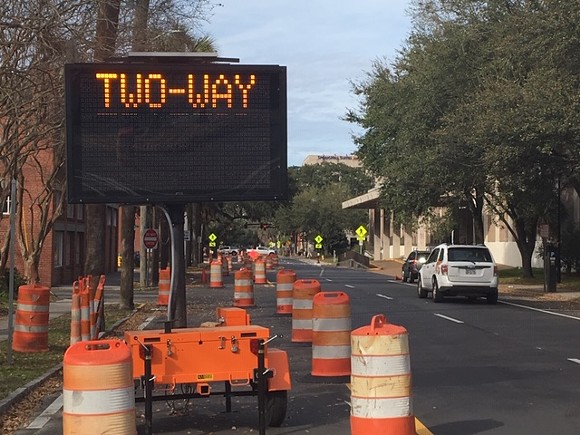 Traffic on Montgomery Street will begin running two ways the morning of February 28 as the City "prepares the corridor for the opening of the Savannah Cultural Arts Center," a spokesman said today.

The change is anticipated to begin at about 10 a.m. Thursday, Feb. 28.

"Montgomery Street has operated as a northbound one-way road since 1967 when the I-16 overpass was opened. The City has converted the street to allow both north- and southbound traffic in order to support greater access to the Civic Center and Savannah Cultural Arts Center from all areas of downtown," the City says.

New traffic signals, curb cuts, striping, signage and other streetscape changes have been installed to support the conversion. Digital message boards alerting the public to the coming change have been placed along Montgomery Street.

The Savannah Cultural Arts Center is slated to open this spring.