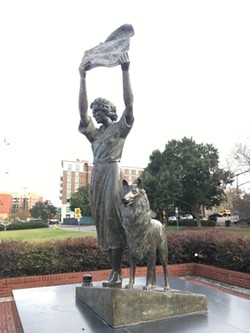 
A controversial decision to move the iconic Waving Girl statue from one end of River Street to another has been tabled indefinitely.

In an email obtained by Connect Savannah, the Savannah Propeller Club announced to its members that "we have sent a letter to the new Mayor and Council requesting our effort be tabled until we can allow the Club to engage them transparently to help them understand what we are doing and how we got here. This is our best shot to take the high road and get away from any petty discourse and name-calling."

The Propeller Club had been the lead sponsor in the effort to move the Waving Girl from its longtime perch on the east end of River Street to the new Plant Riverside development on the west end.

According to documents, the display space for the Waving Girl at the new site was part of the building design.

In one of its last acts, the former DeLoach administration and Council approved the move last month in a 7-2 vote. But the email from the Propeller Club represents a change of direction, clearly prompted by the fact that none of the seven approving votes will be on the new Council.

"We were notified that the City of Savannah’s newly installed City Council and Mayor were going to call a special session for Monday, January 6, 2020, regarding our project to relocate the Waving Girl monument," says the email.

"The intent was to take action on a petition to stop the movement of the monument until the public could have more understanding and input. If you have been following the fall out after the previous Council’s approval and the social media campaign of misinformation and misunderstandings, this has gotten a little carried away and exaggerated," according to the email.

After the move was approved by Council, a petition to have the new Council reconsider the vote made the rounds, garnering thousands of signatures.

New Savannah Mayor Van Johnson was one of only two dissenting votes against the move at the time (Johnson was still a district alderman for that vote; Fifth District Alderwoman Estella Shabazz was the other no vote).

Johnson said the public hadn't had adequate time to be informed of the decision — which the Propeller Club said was based on a desire to increase the visibility of the Waving Girl.

At the same meeting, two alderwomen-elect — Alicia Blakely and Linda Wilder-Bryan — voiced their disapproval of moving the statue. 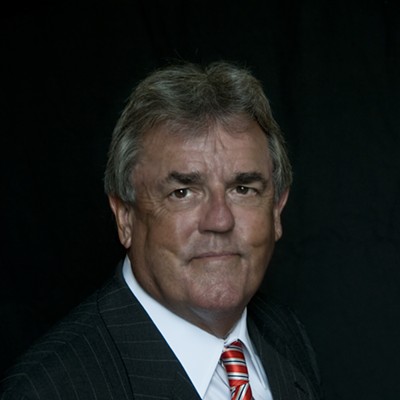