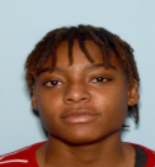 The Chatham County Police Department has arrested one woman in connection with a Tuesday evening shooting.

"Chatham County Police Department detectives arrested 21-year-old Devanae Johnson on Thursday, February 20, 2020. Johnson is charged with aggravated assault and possession of a firearm during the commission of a crime," police report.

"Officers were called to the Akshar Food Mart located at 5402 LaRoche Avenue for a report of a shooting at approximately 7 p.m. on Tuesday, February 18, 2020. They found one female who had been shot. She was transported to the hospital with non-life threatening injuries," police say.

Detectives say the shooting "was not random."

Entertainment, details released for 'Festival of St. Patrick' the weekend before parade day