Historic Savannah Foundation (HSF) has announced the results of its search for a new permanent President & CEO.

"After careful deliberation, the search committee, together with the board of trustees, unanimously determined that Interim Executive Director, Sue Adler should be appointed to lead the 65-year- old non-profit organization," the HSF announces this morning.

Formerly HSF’s Chief Mission Officer, Adler has worked as Interim Executive Director of the organization since the Summer of 2019 after the departure of Daniel Carey.

"She has many professional accomplishments in the local community including establishing Savannah’s Susan G. Komen Race for the Cure and fighting for Savannah’s tiniest citizens as Executive Director of the Savannah Chapter of the March of Dimes. Adler also directed community outreach events for Savannah’s Memorial Hospital, launching unique programs for the community," HSF says.

“Like all good leaders, Sue is committed to developing her team and working closely with the board of trustees to lead Historic Savannah Foundation into the future. Sue is the right person to bring the community together at this critical time for Savannah as it experiences unprecedented growth,” said Josh Brooks, Chair of the Board of Trustees of HSF. 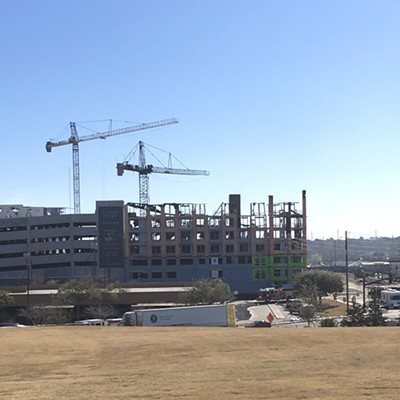