Taylor Clayton/Connect Savannah
Chatham County residents line up to vote early on Dec. 15 at the Board of Registrars office.
A total of 23,521 ballots were cast by Chatham County residents by the end of the first week of early voting in Georgia’s Jan. 5, 2021 U.S. Senate runoff races, Chatham Board of Registrars Director Sabrina German said on Dec. 21. Voters started visiting Chatham County’s five early-voting locations when they first opened on Dec. 14, and by Dec. 19, a total of 16,146 ballots were cast at these polling sites, German said. Lines of voters stretched around the Board of Registrars office polling location during the first days of early voting, but by the afternoon of Dec. 17, there was no wait to vote at the Savannah Civic Center polling site. German said that the number of workers and COVID-19 precautions in place at each early-voting site were “about the same” as during early-voting procedures for Chatham’s Nov. 3 general election. Meanwhile, by Dec. 21 the Chatham County Registrars’ office had sent out 40,532 absentee ballots for the Jan. 5 U.S. Senate runoff, with 7,375 of them returned by Dec. 18, according to German. There are ten absentee-ballot drop-box locations around Chatham County, where filled-out mail-in votes can be dropped off up until 7 p.m. on Jan. 5. On Dec. 16, the newest drop-box location was established at Savannah’s Pennsylvania Avenue Resource Center at 425 Pennsylvania Ave. Early voting continues in Chatham County through Dec. 31, which is also the last day to request an absentee ballot; visit voter.chathamcountyga.gov for more details, or see the Connect Savannah early-voting guide. 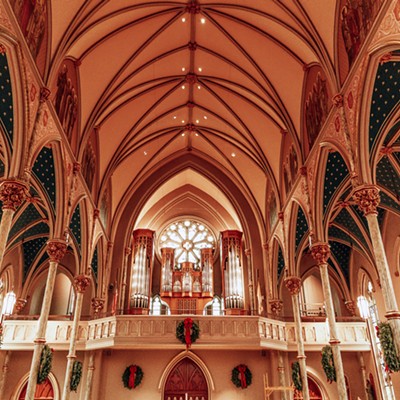