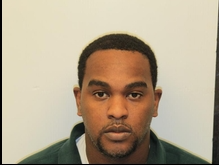 Courtesy of Chatham County Police Department
Donald Williams, Jr.
Both Savannah Police and Chatham County Police are urging anyone who thinks they may have had contact with Williams while he was impersonating an officer to contact CrimeStoppers at 912-234-2020. Tipsters are anonymous and may qualify for a cash reward.