100 years of gratitude: A century in the life of Marion Mendel

ONE OF the things I love best about Savannah, besides fresh shrimp and the lemony-grandma scent of just-wilted magnolias, is how everyone has an opportunity to be a part of its story.

Ask anyone how they got here, and their answer will not only involve logistical details but where they fit into the grander scheme. Whether their family came by boat generations ago or they’re a student who stepped off the bus yesterday, there is a sense of belonging for all who care to claim it.

Children of immigrants from all over the world have served as leaders and power brokers, and those whose ancestors were brought here by force continue to shape the historical narrative. (The newly launched Underground Tours of Savannah can provide deeper knowledge of overlooked truths.)

Creative newcomers—Yankees, even—steer our arts, culture and foodie scenes alongside the friendly natives responsible for our reputation for supreme hospitality. 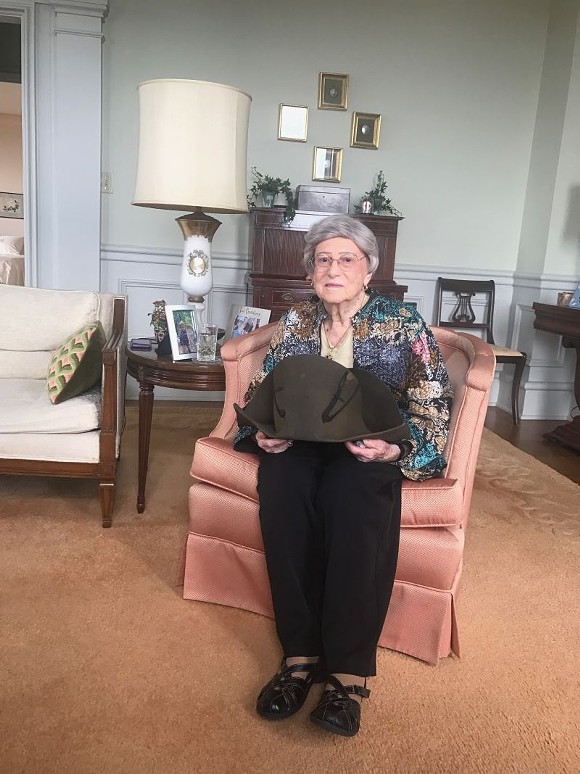 But few of us—even those flaunting their superior Savannahness on reality TV—have as unequivocal a connection to Savannah’s origin story as Marion Abrahams Levy Mendel.

A direct descendant of Benjamin Sheftall, one of the 41 Jewish settlers who joined General Oglethorpe in the first few months of wrangling some civilized order on this Godforsaken, mosquito-ridden, humidity-cloaked bluff, Ms. Marion has a personal legacy that comes straight from the history books.

Benjamin’s Georgia-born son, Mordecai, became a highly-decorated Revolutionary War hero, financing the colony’s troops and helping to fight off the British before the city was overtaken in the Siege of Savannah.

He and his son, Sheftall Sheftall (two names, so Southern!), were captured and taken to Antigua as prisoners of war, returning in 1782 to wield great influence in the governance of the city and the newly-minted United States of America.

A little over a century later, Marion’s mother, Mildred Guckenheimer Abrahams, was invited by her dear friend Juliette Gordon Low to become one of the first troop leaders of the Girl Scouts of America. Her father, Edmund Abrahams, was an early partner of what is now the Bouhan Falligant law firm, which famously occupied the former Armstrong College building on Forsyth Park for 30 years before relocating to its new digs at Park and Bull streets.

(Though the grand gray edifice has been rumored to be shanghaied as yet another boutique hotel, word on the street now is that it will instead serve as hotelier Richard Kessler’s private residence. One of them, anyway.)

Abrahams also chaired the advisory board that decided upon the sites for the nascent National Parks system, and in the 1920s took his wife and young daughter on several trips out west to visit places under consideration.

Ms. Marion herself never once rested on the family name or her laurels, excelling in her classes at the 35th Street Junior High (now Arnold Hall on Bull Street) and attending Smith College, rolling bandages with the American Red Cross during WWII, and serving on the boards of the Bethesda Home for Boys, the Savannah Symphony and the Telfair Academy. For the Living Memories Project in 2012, Ms. Marion recounted marching to Grayson Stadium for Savannah’s 1933 Bicennential, where the keynote speaker was Franklin D. Roosevelt.

Along the way she married B.H Levy, another deep-rooted Savannahian, and raised two fine, civically-minded citizens, Bouhan Falligant attorney B.H. Levy, Jr., and Joan Levy Levy (her husband, Gary, happened to have the same last name, yielding what is possibly the most Jewishly Southern name ever.)

She turns 100 years old this Saturday, July 15, coinciding with the 284th anniversary of the synagogue that her great-to-the-nth-power grandfather helped found, Congregation Mickve Israel.

There isn’t enough space to detail all of the ways this woman of valor carried the torch forward for Savannah’s Jewish community, though her first cousin, legendary local reporter Jane Kahn, does a wonderful job of it in this month’s temple newsletter. The public is invited to wish her a “Happy Birthday” as part of Saturday's Sabbath service, no worries if you can’t follow the Hebrew.

Now, I’d never heard of Mickve Israel until I met a cute fellow from Savannah who boasted he’d been bar mitzvahed at the third-oldest synagogue in America. As the granddaughter of an Eastern European immigrant who lost her entire extended family in the Holocaust, I grew up steeped in the verity that Jews had spent millennia never belonging anywhere. It blew my mind to realize that in Savannah, Georgia—of all places!—we always have.

The first time I stood in the back of the Gothic sanctuary on Monterey Square, I knew I wanted nothing more than to be part of its story.

And I have been—from our wedding to our kids’ rites of passage to my dear mother-in-law’s name lit on the wall that honors the dead. Yet I am still awestruck to sometimes share a pew with the living links to its past history.

It was an honor to visit with the soon-to-be centenarian last week in her private apartment in the Desoto, a three-minute walk from the temple. Accompanied in the elevator by congenial doorman Larry Perkins, I met up with Joan, B.H and daughter-in-law Margie to join Ms. Marion in her lovely living room, sitting in a peach-colored upholstered chair wearing a quilted jacket and gold earrings.

Among the glowing antiques and oriental rugs are the family’s original land grants deeded from the British Crown and a glass coffee table displaying ancient silver pieces, including the shoe buckles worn by Mordecai Sheftall, all perfectly polished.

But the heirloom to top them all was Sheftall Sheftall’s cocked hat, the most recognizable symbol of the eccentric patriot and a favorite topic in my lessons for the Shalom School kindergarteners.

Touching the stiff, worn leather, I felt abstract history collapse into a tangible thread back through the generations, one that includes me and my children—maybe not by blood or by birth, but by a sense of stewardship and pride. (Yes, I’m aware that does not entitle me to an inheritance.)

Though material wealth afforded her myriad opportunities (“Looking back, I realize that I led what is termed a ‘privileged life,’” she wrote in 2012 of growing up an only child on Victory Drive, doted upon by relatives and enjoying music and horse riding lessons), it is the spiritual and civic wealth passed down from her ancestors that she values most.

On the eve of America’s celebration as an independent nation, I asked her what it meant to be approaching her 100th birthday. She considered a moment, looking out at the views of garden rooftops and the golden dome of City Hall.

“I’m just grateful to have lived in Savannah all these years,” she said, turning Sheftall’s three-cornered hat in her lap.

“You know, just working for everything in the city and being a part of it all.”

That sounds to me a formula for belonging that anyone can follow: No matter who we are or where we came from, we can get out there, do the work and be a part of it all. 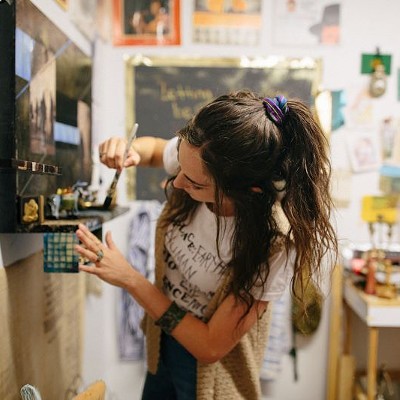