2017 WAS, generally speaking, a great year for craft beer in Georgia. Nationally there were up and down moments, but locally we had a lot of ups.

The biggest and most important story in Georgia was the passage of Senate Bill 85 (SB85) which allows Georgia’s breweries to offer direct sales to their patrons. SB85 overrides SB 63 which required that all of Georgia’s breweries provide a brewery tour that include limited amounts of free “souvenir” sample and takeaway beer.

This law was generally considered to be an unnecessary mess of red tape. SB 85 allows direct consumer sales, no tour required, in all breweries and distilleries in the state. Both on-premise and to-go sales are part of the new law bringing Georgia in line with our neighboring states.

The benefits extend beyond the breweries as to go sales now apply to brew pubs like Savannah’s own Moon River Brewing. While there are a few restrictions on the amount of beer that can be purchased on site this was a big win for the Georgia craft beer industry and Georgia.

Breweries are already expanding taprooms and production to accommodate larger crowds and orders. All these new breweries, taprooms and pubs need employees so craft beer employment is expected to rise with passing of this law. 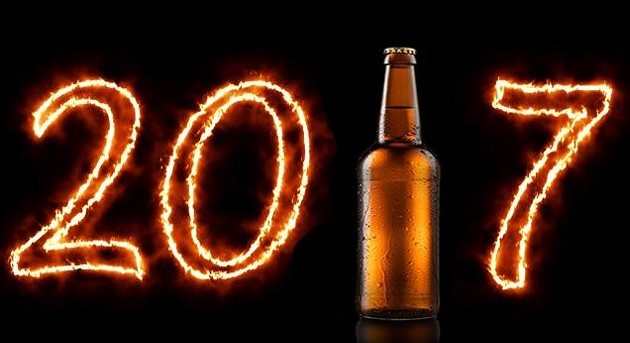 Nationally the worst news this year came in May out of Asheville, N.C., the craft beer capital of the U.S., when it was announced that Wicked Weed was being purchased by AB InBev (that’s Budweiser to most people). AB InBev has been purchasing craft breweries for years but this one was a doozy.

Wicked Weed has always been the beer nerds’ brewery. They focused less on core beers and more on one offs, unusual beers and their Funkatorium beers in particular. The Funkatorium was the first taproom dedicated to sour beers.

Deals like AB InBev’s purchases stifle the overall craft beer market. AB InBev’s scale gives them the ability to undercut prices of their “premium beers” (they can’t be called craft) which ultimately damages the bottom line of craft breweries.

AB InBev also controls the distribution lines in some states, which allows them to ensure their beers fill more space on shelves. AB InBev controls the distribution of, and in some cases the actual farms that grow the raw materials craft brewers use make their beers. Limited access to and/or an increase in the prices of these materials can squeeze a craft brewery out of business.

The new tax bill just passed in Washington may also be a boon for craft beer. The Bill contains federal excise tax relief for American brewers which is seen as a way to keep more money in brewery coffers. This is all pretty new so I’ll be getting into this story a bit more in 2018.

Coastal Empire was one of the breweries that expanded their taproom this year. Now up to 16 taps and open five days a week, Coastal has plenty going on. After installing a new canning line in 2016 Coastal made some labeling and branding changes. Those cans and bottles look good on the shelf.

Southbound Brewing released some new exciting beers and started canning a few old favorites. Mystery Ship, Pictures of Nectar and Desert Dawn were all exciting additions to the lineup. Moonlight Drive and Rollin’ and Tumblin’ (Southbound’s collaboration with the Savannah Music Festival) both made canned appearances this year.

Service Brewing started construction on a new barrel room in 2016 so it was only a matter of time before they started barreling, that happened in early December. Service also made some exciting branding changes this year including very cool new label for their Double IPA, Battlewagon. Service also did a collaboration with Brew Drink Run - more on that in 2018.

Even the bottle shops got into the action this year — the Habersham location of Habersham Beverage had a major overhaul and expansion, creating new shelf space for craft beer.

White Whale Craft Ales had its own legal win this year when they won the right to sell pints in store. White Whale already had an exciting growler line up but now you can have a glass and try a few beers before to buy that growler to go.

Keep ordering those craft beers and support your local breweries. Cheers and have a great 2018!