FOR ALMOST three decades, the American Traditions Vocal Competition has been a leader in fostering and showcasing singers from around the globe right here in Savannah. The competition predates TV shows like American Idol, and has been a kickstarter for the careers of a number of professional singers.

One of those singers is Mikki Sodergren, who won the competition in 2014 and went on to become the Artistic Director just a few years later. Sodergren has been busy getting the word out about the upcoming competition, which starts on Feb. 18 and promises to as exciting as always and more culturally diverse than ever before.

We spoke to Sodergren ahead of the competition’s launch to find out more about what’s in store. 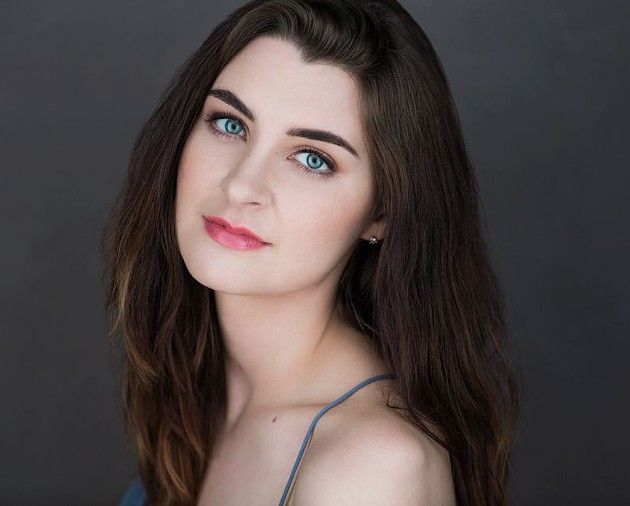 For anyone who’s unfamiliar, explain ATC and how the process works?

Sodergren: Well, the American Traditions competition has been around for 26 years now. We actually began as part of Savannah On Stage. Over the years we’ve morphed in the structure of the competition. Now it stands as a competition for people ages 18 and up who have an interest and an ability to perform in different styles of music.

We actually ask all of our competitors to perform in nine different styles of music - they have a list of 16 to choose from and to represent in their programming. People apply from all over the world.

This year we have people from Russia, Chile, Korea, Japan, Canada, Ireland, and France. It’s really cool that there are people from all over the world interested in performing American music. That’s not to say that there isn’t a huge spread from across the U.S. as well, but it’s a nice way to see the reach and appreciation of American music.

Sodergren: We do an online audio-only pre-screening with independently placed judges. They listen to these audio recordings, and based only on the singer’s sound, sense of style, and vocal flexibility, they widdle it down to 28 contestants who come to Savannah to compete in the weeklong competition. They duke it out for about $40,000 in prize money.

You won the competition in 2014 - what was that process like, and how familiar were you with it before you entered?

Sodergren: I was shortly out of college at that point, actually. I’d competed in 2013 as well and took second place that year. I had done some singing engagements with the Savannah Voice Festival, and people who knew about the competition came up to me and said, “You need to apply for this.”

The first year I took second place, and that was an amazing feeling. I was so impressed by all these people that I was competing against, and it was really an honor. But of course, I wanted to win [laughs]. So I came back the next year and I was actually extremely nervous, to the point where I started my first song on the second verse and had to start over. The judges were very understanding, but I was really nervous!

What has it been like so far to be the Artistic Director, and how did that come about? What did you want to bring to the role when you initially came on board?

Sodergren: There was sort of a tradition that began of inviting back past gold medalists to serve as a resource for performers going through it. So I was back for that, and I was learning from the previous Artistic Director. I started taking over all of the social media accounts, so it was a natural transition because I’d been doing it right next to the Artistic Director.

It was a really natural progression, and I feel very grateful. It’s been fun to “sit on the other side of the table.” What I try to bring to it as a sense of compassion for what the performers are going through. We also just try to continue raising the bar in terms of what we can offer in both partnerships and performance opportunities. We started the Tybee Post Theater concert series this year, so we had some singers back in Savannah performing. We also have our relationship with the Savannah Philharmonic and the Savannah Voice Festival.

We also really just want to get the word out about ATC. I definitely want everyone in Savannah to have heard of the American Traditions competition, whether or not they come to attend.