5 Questions: Why De Soto Matters to the Georgia History Festival 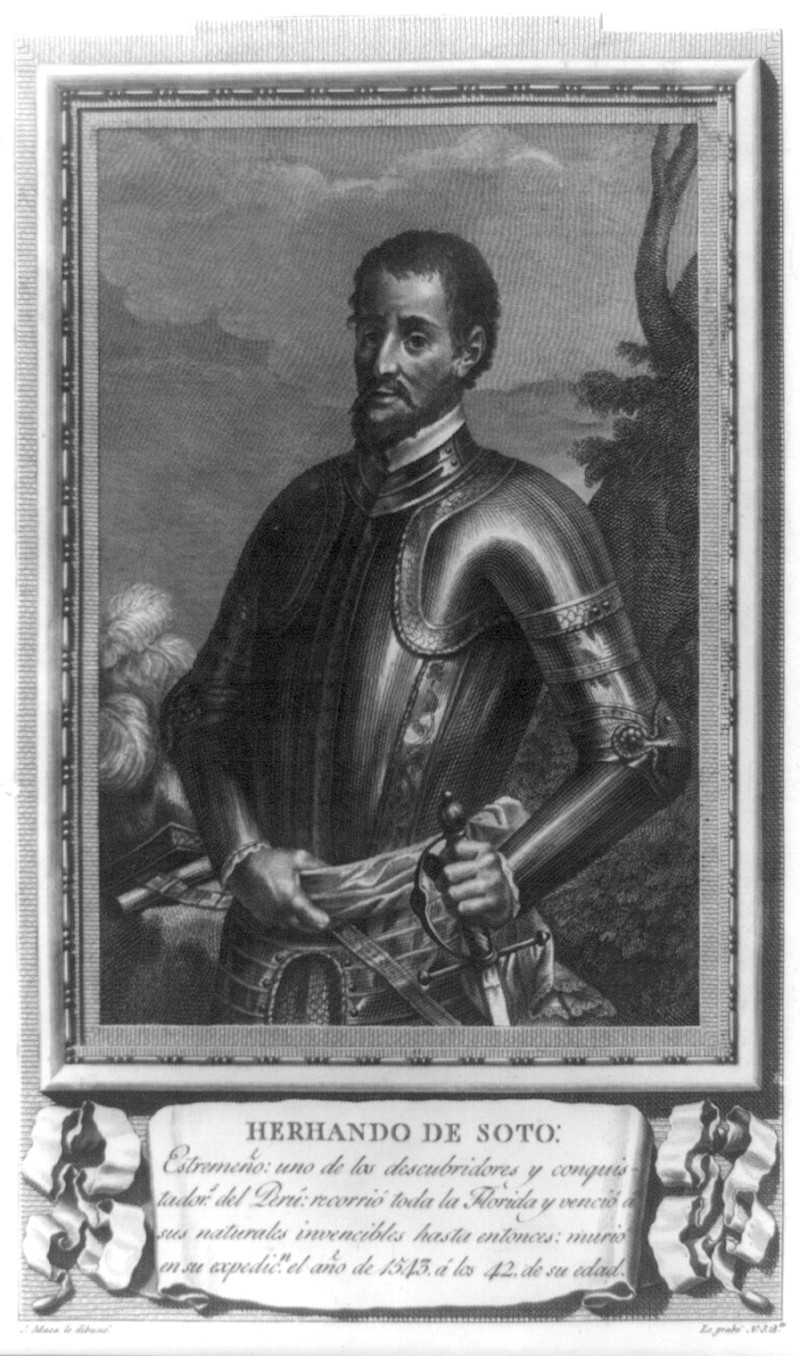 From the Florida Gulf Coast through Georgia, through the Carolinas and over the Appalachians, and back down to the Gulf via the Mississippi River, his expedition’s four-year quest for gold and precious metals left a trail of devastation and disease on the native tribes it encountered.

While the brutal tale of conquest, betrayal, and massacre ended for de Soto himself in his death of fever in 1542 on the banks of the Mississippi, his problematic legacy is still felt today. But little is certain about his trek’s exact route through the then-uncharted Southeast.

Dr. Dennis Blanton of James Madison University has not only curated the collection of Spanish mission artifacts from St. Catherine’s Island, Ga., he is also working a site in Telfair County, Ga., which may be one of de Soto’s camps. Blanton kicks off the Festival with a free lecture this Thursday.

We spoke to him last week. 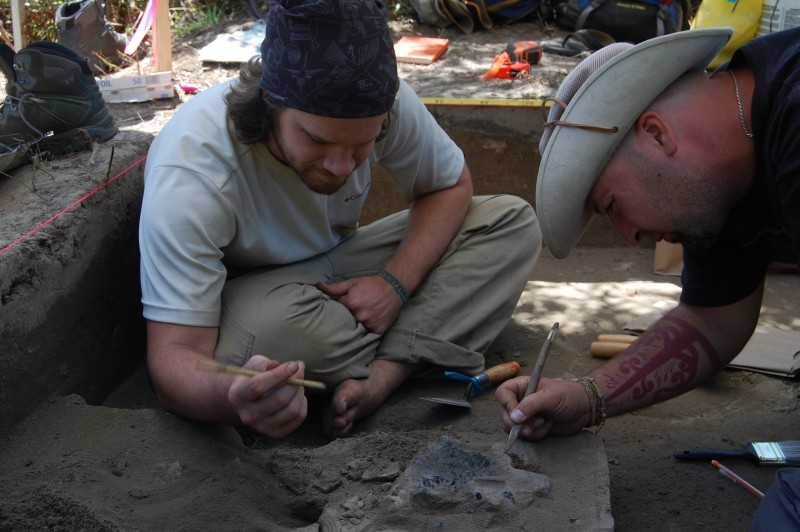 1. What makes you think the Telfair County site is associated with de Soto?

Dennis Blanton: The hard truth is that right now it's difficult to have 100 percent confidence of a 'de Soto-slept-here' site. Like I often say, until we find monogrammed cufflinks it's going to be pretty hard to say with exact undeniable certainty it was him.

What we try to do is work with the evidence on its own merits and make the most plausible case we can. But it certainly squares with what I’ve been finding in south central Georgia. There’s so much early 16th century material on this site in such a great variety it’s hard to explain any other way.

2. What first led you to the site?

Dennis Blanton: In my case I wasn't originally looking for de Soto research. That's often been described as a crowded room. I figured it had all the people in it it needed.

I was interested in the Spanish missions in Georgia, and there was a potential of one near Telfair County, one of those possibilities that just won’t leave your head.

When I was in Atlanta at the Fernbank Museum meeting about the St. Catherine’s artifacts, they said, ‘‘We want you to take care of this collection, and also we’d like you to develop an archaeology program of your own. Where would you like to go?’

I said I want to go hunt around Telfair County and find that Spanish mission. I thought the interior mission site would be the perfect contrast to the coastal missions like the one on St. Catherine’s.

Within a week we began to find Spanish artifacts. But they were the wrong things!

We knew as soon as they came out of the ground—these beautiful glass beads like jewels. They were very, very diagnostic of the early 16th Century, not at all of the early 17th Century when the mission itself would have been occupied.

We were excited but also perplexed. Nothing whatsoever signaled the presence of a mission. So we felt a genuine obligation to go back and explain. We decided to suspend the mission search and account for this other evidence. 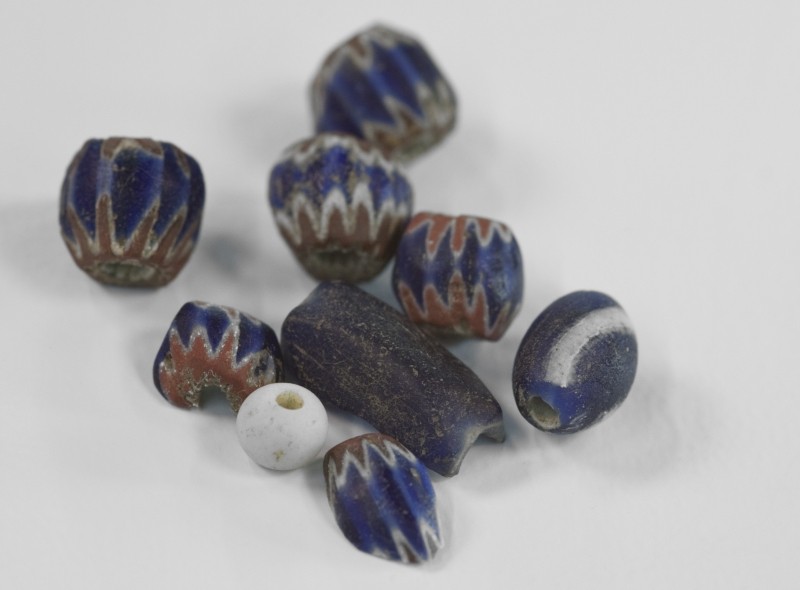 These glass beads are typical of the 16th Century finds coming from the Telfair County dig, too early for the Spanish Mission era in Georgia.

3. But are there alternative explanations for the site?

Dennis Blanton: The only other thing is could be is some previously unknown location of the even earlier Ayllon expedition on the coast in 1526. But that was 500-600 people in one place. Though they were only around for a few weeks—because most of them died—they would have had a much bigger impact. There would be a massive burial site nearby, for example. The only other possibility is early French contact.

But overall, looking at what my colleagues base their claims on, I’m finding the same stuff. If this site isn’t a de Soto site, none of them are. You cannot have it both ways.

Of course I reserve the right to alter the interpretation, and I’m also prepared to respect anyone who can offer a convincing alternative. That’s what we do.

As archaeologists we can’t be so attached to it. Our job is simply to get it right.

4. What would you say to those who think de Soto is an inappropriate figure to celebrate?

Dennis Blanton: Historical research and scholarship isn't carried out with the goal of celebration. My job isn't to celebrate de Soto. I'm assuming that's not the intent of this year's theme. My assumption is that the intention is simply to remind people of the beginning.

The simple fact is that de Soto was the first European to explore and document the interior, and especially to encounter the native people who inhabited those areas. It matters for those reasons.

While Georgia is celebrated as a successful English colony, much of what occurred in the formation of it was in reaction to Spanish policies and the Spanish presence. Arguably everything we are today flowed from those earliest colonial endeavors.

Whatever else de Soto was, you can’t deny he was a prominent player. And so he matters.

The other thing I would argue is we can use the de Soto entrada as a case study. What he was doing was applicable to South American and Central America and North America at the same time. We can draw from de Soto’s story all the key elements of that history.

5. In seeking de Soto’s trail are you also able to give attention to studying the Native Americans he encountered?

Dennis Blanton: Oh, of course. This is one of the central things. Listen, you cannot talk about de Soto without talking about the native context. That's one of the things for me as an anthropologist we really want to understand. There's a gloss over the native world, particularly dealing with de Soto.

One of the great perennial problems is what’s the upshot of contact between alien cultures? What’s happening when people of different worlds and mindsets collide?

The de Soto case in many respects is a means to an end. We can use these events and this evidence to answer much larger questions.

That’s the big prize. To understand how these things go down. How we as human beings react under these circumstances. To my students that’s the ultimate quest.