MAGGIE HAYES, a longtime staple of Savannah’s art scene and a prolific creator, is moving to Brooklyn at the end of this month.

Before settling in New York City, Hayes will undergo training in Costa Rica for an intensive breath work that will help advance her yoga career.

Hayes has shown her artwork all around the city, from Welmont to Non-Fiction and everywhere in between. She and her sister Liz are also co-creators of House of Hayes, a quarterly arts and culture publication.

We spoke with Hayes ahead of her big move. 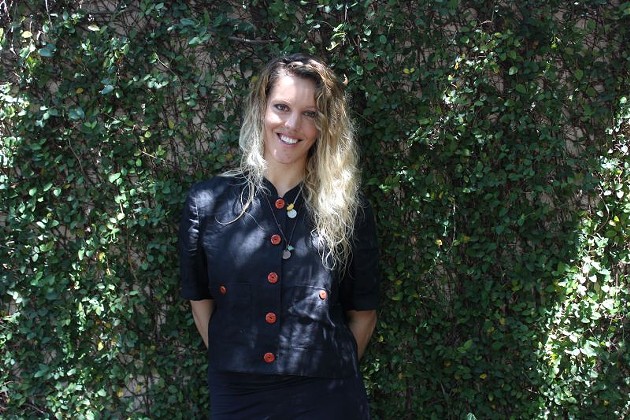 1. How did you decide you were moving to Brooklyn?

[My sister] Liz had a room open in her apartment the same time my lease was ending here, so I’d been planting seeds pretty much the last year. I was like, where do I want to go? I was feeling that shift of needing to be in a larger population. I grew up here and have lived in this handful of other places, and Savannah has a beautiful way of drawing people back in. I was getting to that point where I was using day jobs to save up for putting on my own exhibitions and I was like, man, this feels like an endless cycle. At some point I knew it would maybe turn over, but since our population is what it is, it feels like I’m always reaching out to the same people that are interested in art and want to see the show.

I was like, okay, this could easily stay the same for a decade or more, this same thing of working to make art. Is this what I am purposefully signing up for in the definite future, or do I need to push myself to make a move? The incentive is definitely being in a larger market for art and getting the hard-knocks education [laughs]. Savannah is such a good incubator. It’s a very welcoming and caring, accepting place.

2. How does being in such an accepting place affect making art?

You’re kind of relying on your own discernment, which is a great skill to build but doesn’t really give you the most accurate or helpful guidance forward. I’ve been in that position where you go see a friend’s show and you’re kinda like, “I want to support everyone’s want to make art, need to make art.” Savannah doesn’t have that push towards professionalism because it’s kind of built around being an amateur artist, which is not bad! With [SCAD] it’s like all of what’s set up in Savannah is built around the amateur artist, being able to rent your own gallery space for a week and do your thesis show there. That’s perfect for the vast majority of people here, but like, I’ll be 28 this fall and I don’t want to continue to be an amateur in that sense. 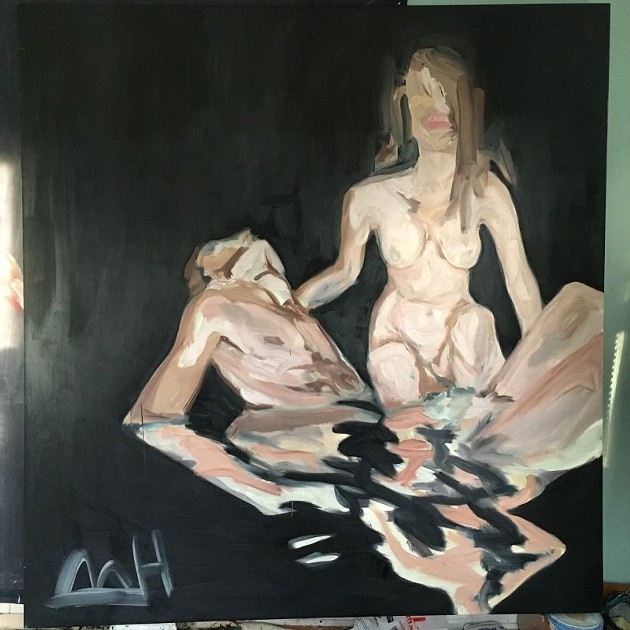 3. Looking back at exhibitions you’ve hosted here, which ones stand out to you? Which ones make you think, “That was such good work for me”?

[“No Man’s Land” at] Welmont was probably one of my favorites. I got to really create, between doing the dinner and the show. Welmont has really poured so much energy into creating this blank space. If you have a visionary concept you can make it happen. I love the confines of smaller spaces; I like creating work for a space. When I started doing those paintings, I could see the Welmont getting closer to completion and I was like, that’s my spot.

4. What do you think of the Savannah art scene right now? The strengths, the weaknesses?

My biggest challenge is that as I realized that I did need to ask for help to get further along in my career, there is not really a structure in place if you’re not part of SCAD. I love teaching yoga there, but since I didn’t go there as a student, their machinery that works for their artists doesn’t apply to the majority of people in the scene. Most of the artists I know here are a little older than me, already established somewhere else and have been able to come back and keep sustaining their career because they’ve already achieved visibility somewhere else. SCAD sort of hand-selects work that fits their aesthetic of what they’re trying to promote, and they’ll see higher visibility through SCAD’s network.

The likelihood that my giant oil paintings are gonna get picked up by the more tourist-centric galleries here, it’s just unlikely. I want to have the freedom to paint wild humanity. I think the challenge for Savannah will be staying on the path of embracing art culture in a way that is still really building up that relationship to people who are coming from other places and not just saying, “Oh, hey, we’re gonna have these little galleries in City Market and that’s gonna be our tourist market.” Check out Welmont, check out Starland. I want us to push that other level because then it would give local artists visibility outside our city. But tourism is focusing on embracing this local art population, including SCAD. Remember, this is why we’re cool! If people are coming here as a cultural destination, spending whatever they’re spending on our hotel industry, show ‘em some good art!

The biggest thing is that artists should be as brave as they possibly can. For me, that’s moving to New York and seeing if I can swim with the sharks. I’ve been feeling very supported here and have loved living here, but I feel like I need to challenge myself in a different way and keep being brave.

Whoever is making art here, channel whatever fearlessness you can to say what you mean, because I think the artist has an amazing opportunity in this time to express the heart of humanity through their work. That’s where I hope to keep making whatever impact I’m making. I believe in the goodness of people, and the more I can shine that out, the better impact I can have as an artist.

Fearlessness is job number one for artists, being fearless in their expression. That's all I can hope for.