See more of her work at nicolettecramer.com.

Her work in her “Girls Just Wanna Have Fun!” series encapsulates the act of going out in downtown Savannah, from sitting in the corner booth at the Rail to eating Kay’s Pizza afterwards and everything in between.

Cramer just exhibited the series at The Rat on Bull as part of February’s First Friday festivities.

With one semester left at SCAD, Cramer intends to keep her documentary-style photography going. 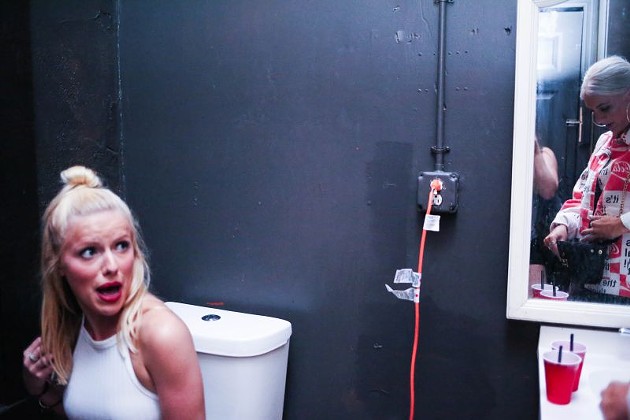 We talked to Cramer last week.

1. How did you get started shooting?

It’s always been something I’ve been around. My dad is a home inspector and he had really nice cameras around the house. He has his own business; he’s super successful. He always had those cameras out, and I’d steal them all the time. I ride horses, so I’d bring the cameras out to the barn with me. At family gatherings, I’d be the one taking pictures because I liked it. I never thought of it as a career. I just do it with my friends all the time.

When I was looking at colleges, I was never very good in school, so my mom was like, “Well, [SCAD] has horses and photography, have you ever thought about that?” Probably sophomore year of high school, I started thinking, “This is something I can do with my life.”

2. What’s your plan for after graduation?

I’m definitely going to start my own business. My personal work has a lot to do with music photography, documentary and lifestyle type of thing. I would really like to start broadening that and move into more [work] in Savannah and out of Savannah. I think my next personal project will be about the youth of America, about young adults.

3. Why do you think that should be documented?

I just think we are the future and we’re in such a different time. Everything is changing so much and people are starting to do their own thing at such a young age that the culture is going into one of those new categories.

And it’s something that comes naturally to me. When I’m not out with my camera, that’s literally what I’m thinking about. One of my favorite things someone said to me was, “I love watching you watch people.” That’s something I never realized that I did, and I was like, “Whoa, I guess I do that.” 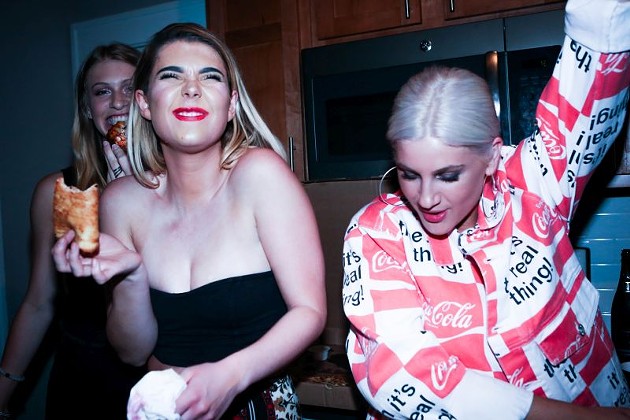 I think about it all the time, like, “I wish I had my camera.” I do like to take a step back and recharge and get a new angle, so when I don’t have [my camera] all the time, I think, “Ugh, that would be a perfect picture!”

4. What’s your favorite place to people-watch?

I’m a bartender at World of Beer, and I always like that scene and the big community that’s downtown. You meet the strangest people. I like documenting characters, eccentric, strange people I would have never otherwise met.

5. What equipment do you shoot with?

I do mostly digital right now, but I do some film. I’m trying to move more back into film and shooting more in film. I’m liking that style better at the moment. For this project, I shot all digital.

[Film] does make you think more, so I’ve been platinum printing this quarter with twenty minute exposures. I’m spending time with photos, and I kind of took a break from film stuff for about a year. I just realized how much I love that, and thinking about how I need to create this photo. I feel like film is just going to bring me back into that.