SINCE 2007, Paige Harwell Samek has been making jewelry for the cool kids under Drainbowland.

Her jewelry pulls from 90s nostalgia and pop culture images to imbue any outfit with a unique vibe.

Samek grew up around Atlanta and went to school in Iowa City before relocating to Savannah with her husband.

We talked with Samek last week about creativity, Instagram, and copycats. 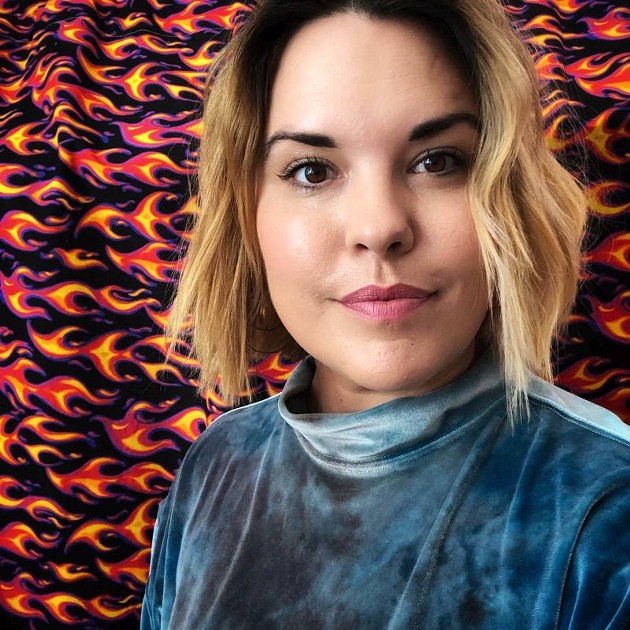 1. Tell me about your background in art.

I went to art school in Iowa City at the University of Iowa. During the time I went, it was a little tough because in 2006 there was a flood, and that flooded the art building. And in 2008 there was a tornado. So when I was getting my BFA , my final year, we were in an old Menards building that was gutted out. It was wild [laughs]. When I think about it, I’m like, “I paid so much money to go to school at a Menards.”

I studied painting, and then I accidentally fell into jewelry. I took a couple classes in college and it really wasn’t until I moved to Savannah that I was like, “Shit, I should’ve stayed with jewelry.” There are some contemporary jewelers out of Iowa that I follow now, but that’s just the way things pan out sometimes.

2. When was the moment you decided to switch to jewelry?

I started using resin in my painting and it was like a happy accident. I started to turn my paintings into pieces of jewelry, like miniature resin pieces that were wearable art. I get bored often while making art, so I’m always one to explore a new medium, and resin was at the time. Now everyone knows how to use it, but back then it was so terrible and incredibly toxic—this is like 10, 15 years ago. Now they make some that aren’t as toxic. It was just trial and error, really, because resin is so tough and finicky. Now it’s not as much, but back then it was. Just getting the measurements right and the pours and the temperature. And I was doing it out of my studio apartment. It smelled like shit, my neighbors hated me.

But then I met this woman and we started doing collaborations and making some jewelry together and infusing metal with resin, like making semi-precious stones. When I moved down here, I knew I wanted to get my studio set up and start that. Drainbowland had been a brand for me since 2007, so I wanted to keep it up.

3. How did you come from Iowa City to Savannah?

My husband got a job in Savannah. When we moved, it was a change of pace coming from Iowa. It sounds silly because Iowa sounds so slow, but just my lifestyle when we were in our twenties—we were in a band together and you’ve had the same friends since you were 19 or 20. So moving away from that was like a breath of fresh air.

I feel like my attitude towards art has changed a little bit. I’m more open and welcoming, a little more open-minded, and not just with my own art. When I was in Iowa City, I wasn’t super approachable, and I changed my attitude when I moved here. I wanted to be more approachable, more open with my art and how I make it. It’s different because people don’t know my background or anything, so it was nice getting away from Iowa City where everyone knew you. 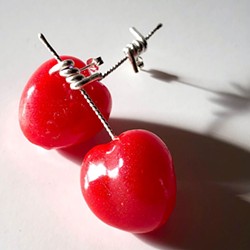 Navigating Instagram has been a juggling game, mentally. Lately I’ve been changing gears with Instagram too, pumping the brakes because I’m just too involved. It’s easy to get into that [routine of] posting all the time, being in the studio and then not getting any feedback. I’ve accepted that I don’t need the amount of likes and shares or whatever to know that I make artwork that I like. I don’t need that validation. I’m trying to step away from it and appreciate the followers I do have. I’m trying to get them to naturally follow me instead of me seeking them out, and that’s what I’ve changed.

You pick up little tips or design points that would help you or benefit you, and I guess you just have to have that honesty and integrity of an artist not to plagiarize or copy a design. Urban Outfitters does it all the time. They stole a very close design of mine a couple years ago. I can’t really do anything about that. I know it’s going to happen—I’m putting my stuff out there and people could easily take that idea and transform it into their own or just straight up plagiarize it.

A friend saw it and screenshot it and sent it to me. They were like, “Aren’t you pissed?” I’m like, “Yeah, what are you gonna do?” But that just makes your followers stand behind you more. They were probably more pissed than I was.

The way I work, I’m constantly making something new and I’m revisiting old designs, but in a new way. I do get bored and antsy in the studio. A pretty common theme of mine is nostalgia and being a kid in the 90s, and pop art—definitely those iconic images. I just hope I can hit every generation. Through Instagram, I know my age range is 18 to 34. I think I hit some older generations too, especially with a smiley face. Everyone can relate to that. I always come back to that because people love it. It makes them happy; it makes them remember their youth.

In my painting, I used a lot of humor and I think that comes across in my jewelry. I have this playfulness and I want you to be able to wear my jewelry and have fun wearing it with your outfit.