ILLUSTRATOR Tate Ellington’s cheery, bright works are uniquely hers and so Savannah.

Ellington illustrates the sights we know and love, from the Forsyth Park fountain to sunflowers in a field. She layers watercolors over each other and adds ink to create a style that’s all her own.

Ellington is the mom to two-year-old Wallie and lives and works in Pooler.

We spoke with Ellington last week.

1. When did you begin painting and illustrating?

Before this, I worked in the school system for a while as a special needs teacher. I’ve always painted, but [in teaching] you put some of your creativity into doing the doors, bulletin boards and projects.

I’ve always been kind of shy, I don’t want to say timid, but more to myself. And after I had [my son] Wallie, it brought me out of my shell. He inspired me to be more creative. I made a resolution that New Years—I just wanted to do more and paint more and to paint every day.

2. How did you begin this series of work?

One day I was craving Leopold’s—it was my birthday, it was in January, it was freezing—so I just painted it. They ended up reposting it. I didn’t know much about Instagram at the time. From there, people were asking if [my work] was for sale, did I paint other things? And it just kind of went from there.

I had a friend who was like, “Did you paint the Pink House?” So I painted the Pink House. People send me requests and I still take request. There was a couple that I do markets with, and I painted B&D Burgers and they were like, “Oh my gosh, that spot is where we met.” So it’s cool that people can take little souvenirs with them.”

I like doing commissions. I’ve been doing a lot lately, and I think I’m going to slow down a little to foucs on catching up with more Savannah and Tybee stuff. I love hearing the backstory of people’s commissions. When I did the Earth Day Festival logo, I really enjoyed it because getting to know all the people with Earth Day and SCSC—that was cool.

I always get those moments where it’s like a creative block. With commissions I can see that sometimes, you want to do something from your heart and sometimes that’s hard. But at the same time, I love the direction. I feel like when people reach out to a certain artist—which is what’s so great about art, every artist has their own personality—they want that person’s personality, they like that person’s look. I think that’s pretty neat.

The painting itself takes about eight hours. If people want a certain building or business, I’ll go down to that business and take a few photos. I take the street as well the buildings, see what bikes are there, newspaper stands, things like that.

I get enough where I think I can copy it, and I’ll sketch it and add a few layers of watercolor. I keep layering and layering and let it dry, then go back and layer it again. I think it looks really cool. I’ll add ink on top, just to see what happens, how it pops out a little bit. It’s like tie-dying—you never know what you’re going to get.

So far this summer, I’ve been wrapping up some commissions and doing gallery shows. I have an upcoming one at Location Gallery, the 300 and Under show, which will benefit WRUU.

I just talked to the Charleston ART MECCA and I might put some pieces in there. Basically, I’m just doing that, stepping back a little this summer, doing markets, but I’m just trying to fill more inventory. I’ve got some surprises in the fall, cool stuff coming up. I can’t say yet, but it’ll be cool! 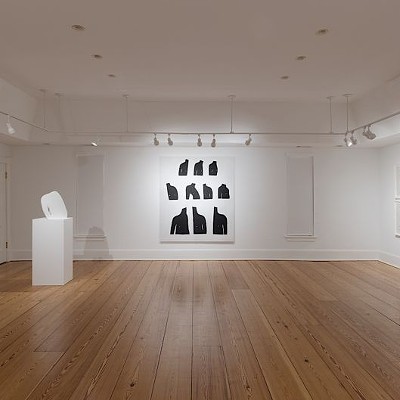