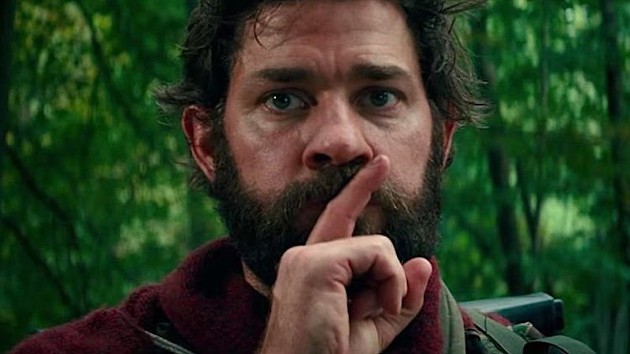 John Krasinski’s groundbreaking horror film A Quiet Place finds the actor and his real-life wife Emily Blunt navigating a post-apocalyptic world with their young children – trying desperately to remain completely silent so as not alert extraterrestrial creatures that are blind and hunt people by sound. It’s a powerful film in which the silence is as much of a character as anyone else.

The Trustees’ showing of A Quiet Place will be followed by a Q&A featuring stars John Krasinski and Emily Blunt.

The Parting Glass finds a family dealing with the suicide of their sister, and traveling around the country to piece together her life and make sense of her death. Ed Asner, Melissa Leo, Cynthia Nixon and Anna Paquin round out the impressive cast. Following the screening, the SCAD Museum of Art will hold a Q&A with director Stephen Moyer and writer Denis O’Hare.

From writer and director Christina Choe comes Nancy, the story of a serial imposter who suspects that she was kidnapped as a child after seeing a couple on the news talking about their daughter who went missing in the 80s. Her past behavior as an imposter leaves room for doubt, but the psychological thriller follows Nancy (Andrea Riseborough) as she discovers whether or not she actually belongs to the parents of the missing girl. The screening will be followed by a Q&A with Christina Choe.

Can You Ever Forgive Me? @Lucas Theatre

Can You Ever Forgive Me? Is the true story of Lee Israel, a celebrity biographer who falls on hard times and resorts to forging letters written by famous people and selling them for money. Melissa McCarthy stars as Israel in the film, which has received critical acclaim since its release. Producer Amy Nauiokas will participate in a Q&A at the Lucas Theatre following the screening.

One of the most talked about films in years, Spike Lee’s BlacKkKlansman tells the story of Ron Stallworth, the first African-American detective in the Colorado Springs, Colorado police department. He sets out to investigate and expose the Ku Klux Klan, enlisting a white officer to pretend to be him and infiltrate the notorious hate group. Star John David Washington will participate in a Q&A at the Lucas Theatre following the screening.

In Conversation with Barry Jenkins @SCAD Museum of Art

The SCAD Museum of Art is set to hold an in-depth conversation with acclaimed director Barry Jenkins, who’s coming off a big year with his celebrated film Moonlight. His latest movie, If Beale Street Could Talk, is also showing at this year’s film festival. Moonlight notably won the Oscar for Best Picture in 2017, as well as the Academy Award for Best Adapted Screenplay.

Boy Erased stars Lucas Hedges as Jared, a 19-year-old who comes out to his religious parents and is forced to attend a conversion therapy camp. He struggles to maintain a relationship with his parents, played by Russell Crowe and Nicole Kidman, during his time at the camp and ends up in confrontation with the lead therapist. Boy Erased also co-stars Joel Edgerton, who wrote and directed the film.

Global Shorts Forum: LGBTQ And You @SCAD Museum of Art

The film festival’s Global Shorts Forum on its final day will feature a series of short films that are LGBTQ-centric. Of the seven films featured in the forum, the majority were produced in the U.S. by a number of filmmakers. One film of note is the Irish short Boy Saint, which tells the story of two adolescent boys who discover their sexuality together.