AMAZON'S The Man In The High Castle, based on the classic Philip K. Dick novel of the same name, has become a hit for the streaming service among their original content. The series' success is thanks to a variety of factors, including its stellar cast and just how relevant the show is to the kind of world we live in.

For those unaware, The Man In The High Castle takes place in a parallel universe where Nazi Germany and the Empire of Japan have divided the U.S. into two territories after the Axis powers win WWII. The characters in the show happen upon documentation of Japan and Germany losing the war, and their stories begin to collide.

The show, adapted by Frank Spotnitz, has garnered critical acclaim since the pilot was released in early 2015. It’d been a long journey up until that point, with development landing in several places like SyFy and BBC, before ending up with Amazon. The pilot became Amazon’s most watched piece of original content since their original productions began, and the show has spanned three seasons since. The fourth and final season of The Man In The High Castle is slated to premiere in November. 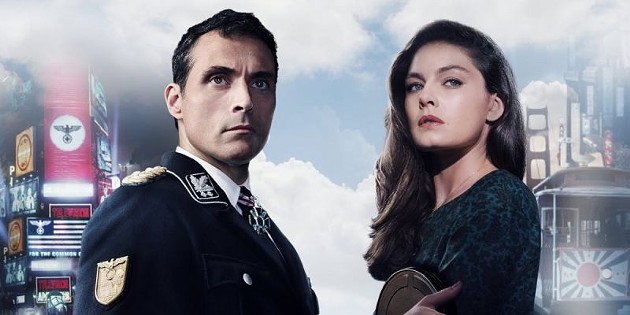 Isa Dick Hackett, Philip K. Dick’s daughter, is an executive producer on the series and has been an integral part of furthering her father’s work and legacy for years. She’ll be appearing at SCAD Savannah Film Festival on Wed., Oct. 30 at the SCAD Museum, where the first episode of the final season will be screened ahead of the release date and a Q&A will follow. The screening begins at 2 P.M.

Ahead of the premiere screening, we spoke to Hackett about the show’s success and what to expect from the exclusive episode screening.

We’re excited! We can’t wait to come and meet people and screen the episode.

You’ve been involved in bringing a lot of your father’s work to the screen and carrying his legacy forward in that way. Why is it important to you to be involved in seeing his work live on?

Well, really what I’m doing is getting people back to the written word. I want people to read his work, and I think the fidelity and quality of the adaptations are a really important part of that. So the work that I do is really trying to get his work in the right hands, and hopefully creating really special film and television adaptations so that people can get to know his work through that [medium].

In terms of this particular project, what about Frank Spotnitz and his prior work made you feel that he was the right person to lead this adaptation?

It was a long development process on this show; I think this is the 12th year that I’ve been working on this show. There was a version that we’d been working on at the BBC originally, which didn’t end up getting the greenlight. And then it went to SyFy where we partnered with Frank. And really, it was just hearing his vision and knowing his general sensibility. We had conversations about the power of the material, and shared a certain value system around what it was that we wanted to be doing with this show.

At its core it’s an anti-fascist novel, and it’s really important to keep the spiritual fidelity of it. He was very, very clear originally that he intended to do that. So he was a great partner on those first couple of episodes.

There are certainly elements of this show that really struck a chord with people in terms of how they’re kind of relevant to the world and country we’re living in.

Right, that might be a bit of an understatement! What’s interesting is that the show premiered prior to the rise of Trump, and it did incredibly well right out of the gate. What about this story do you personally think has resonated with people, and why?

This show became a reality because of Amazon’s willingness to take on some really challenging material. Without Amazon, this truly would not exist, so I’m really grateful that they were willing to take that chance. The reaction to [the pilot] was really gratifying; I think people are just broadly attracted to the “what if” of it all. As time has gone on, the world around us has changed ever increasingly. I think that myself and some people I talk to keep feeling like we're in an alternate universe. The "what if" is strangely becoming a little more like the world of the show.

I think about this a lot—I cannot imagine a better time to be doing this show. I just imagine my dad seeing this and feeling so incredibly gratified that this book he wrote so long ago is in the world now as this show, and is hopefully helping people to think.

One of the central questions we’re asking this final season is, “What side of history will you be on?” That feels particularly relevant right now, and it’s just one of those rare opportunities to be working on a show that hopefully is provocative and makes people think.

Is there anything you can say about the episode that will be screened here in Savannah, without giving anything away? It’s never my intention to pry, of course!

I appreciate your gentle approach! [laughs]. I think generally, I can say that the entire season is something that we’re really proud of. We were given proper time and resources to plan this out, and we feel like our characters have really compelling narrative conclusions, which is great.

Mainly, and this is set up in the first episode, it’s just a really epic culmination in every way. But at the same time, you’re seeing new dimensions to our characters, and some surprises. And I think it’s also really emotionally impactful, which is really important.