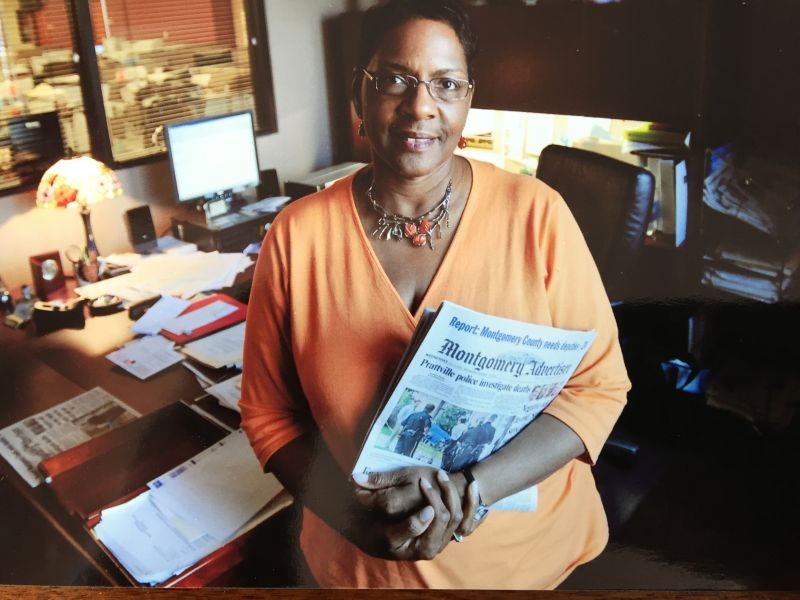 Lloyd has been senior editor at USA Today, an executive in the Gannett news chain and managing or executive editor at several local newspapers.

RETIRED newspaper editor and educator Wanda Lloyd keeps a picture of her 22-year-old self on all her homepages – her iPhone and her iPad. It’s also on the cover of her new book, out this month, called "Coming Full Circle: From Jim Crow to Journalism."

In the black and white photo, a young and bespectacled reporter, beaming and confident, sits behind the typewriter at her first newspaper job in 1972. This young woman, who was born and raised in Savannah, has no idea of the amazing life that lies ahead of her.

“Every time I look at her, I’m just inspired that we got from there to here,” Lloyd says.

To understand how remarkable Lloyd’s career has been, you only need to consider the heights that she achieved in her profession: senior editor at USA Today, an executive in the Gannett news chain and managing or executive editor at several local newspapers.

And then consider that even today, out of all the major newspaper newsrooms in this country, maybe four are led by African-American females. Now, because of her book, you don’t have to imagine what it took for her to make that journey. She writes about it.

“I hope that young women who want to be leaders in whatever walks of life they’re in learn some lessons about leadership and hardship,” she says of the book. Lloyd is quick to point out, however, that her hardships didn’t start in her childhood home on West 41st Street.

“I grew up in a solidly middle class, well-educated family,” she writes. “Mine is not a rags-to-riches story. Yet among African-Americans, there was no distinction between class or income during Jim Crow years. We endured the city’s separate and subpar facilities.”

Graduating from Beach High School and Spelman College, she rose through newspaper editing positions quickly – but not without difficulty – in places like Atlanta, Providence, Miami and Washington, D.C. And what strikes me most of all is how driven she was.

“One thing built on the other,” she says. “It wasn’t that I went into every job thinking ‘How can I push on and move up?’ It really was ‘What can I do now to make myself better or to help either the newspaper or the industry.’”

She recalls working in the hot, steamy and noisy press room – imagine that girl, a few years later, a production editor – telling burly union press men where and how to set type. She heard their vulgar comments about women and felt their intentional brushes on her behind.

Rising to more senior positions at other newspapers, she recalls the struggle to be taken seriously as an editor when story, interview and layout choices always had been made the same way before by the same set of people, mostly white, mostly older and mostly male.

“A lot of the editors don’t understand what’s important in other communities,” she says. “It was a struggle at first to have conversations about race in the newsroom and to make sure that reporters and editors understood what I saw as a value to diversity.” 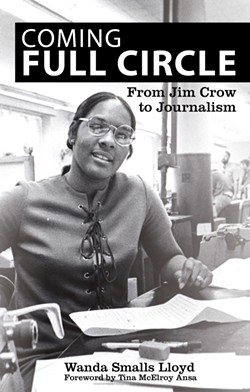 Not only was she the symbol of the large, outside corporation taking over the local daily, she also was the black woman who had to say, “No, we’re not covering the annual birthday cake for Robert E. Lee because the same damn birthday cake every year is a stupid story.” (My words, not hers).

She got bomb threats in Montgomery. She got angry racist calls in Greenville, S.C. She also got tons of support for her work. But overall, I get the impression that she’s not as bitter about newsroom diversity as she is about the overall state of news in America.

In that respect, the book is a time capsule of how newspapers used to operate. Copy boys whose only job was physically to move pieces of paper from one place to another. Editors who literally cut and pasted piece of paper. Typewriters silenced by computers. Layoffs.

She returned to Savannah to teach at Savannah State and last year was inducted into the National Association of Black Journalists Hall of Fame. “Coming Full Circle” is really a story for anyone looking for inspiration. To push up. I also love her personal stories.

I asked Lloyd what she would say to that 22-year-old now. Her response: “You go, girl!”