SINGER/SONGWRITER Jon Waits, known around these parts as the leader of the great Waits & Co., has been living in Dallas for the last couple of years primarily focusing on his day job with Live Nation—where he lent a hand staging gigantic gigs at some of the best venues in the city.

That is, until the pandemic hit earlier this year. Since then, with all Live Nation gigs and tours postponed or cancelled, Waits has been spending his time at home like most everyone else in the country (and the world, for that matter). He’s returned to Savannah, though, for a short time and is prepping the first Waits & Co. gig in sometime, alongside his bandmates John Pizzichemi and Markus Kuhlmann.

The show is slated for Sat., August 15 (socially distanced, of course), and we caught up with Waits ahead of time. 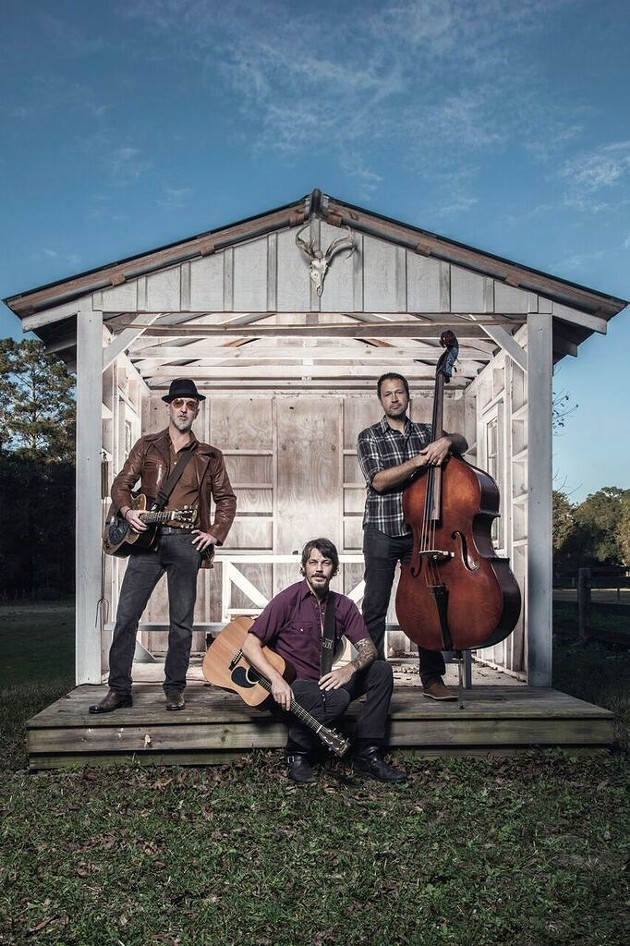 How are you, man?

This whole pandemic has provided me with the opportunity to take care of some things that I haven’t been able to do in a long time, and we’ve been doing a lot of traveling this summer.

That’s funny, my first question was about how this whole thing has impacted you as a gigging musician but also given your work for Live Nation.

The biggest thing that’s come out of me living in Dallas has been getting the chance to start working in the big leagues. That’s thanks in part to the time I got to spend working for Savannah Music Festival. I mean, I’m a hard worker when it comes down to it. But that was the foot in. Here’s the thing: we were six hours into a load-in for a big concert at my home venue when we got the final order from the state of Texas that everything had to shut down.

So literally we were working right up until the last second, and then we just couldn’t anymore. We did a show the night before, and we knew things were starting to get sketchy but weren’t sure what was going to happen. So it was literally a minute-by-minute thing in that week leading up to the shutdown. We were halfway into loading in when we got the word. It’s been crazy, to say the least, with the whole industry shut down. I’m still employed by Live Nation, but nothing is happening until 2021 at least.

It’s scary how things are going with the industry, and it feels like everyone has had to fend for themselves in terms of the response and assistance from our government. It’s sad to see this become so politicized when it should be about taking care of people.

That’s it right there, in a bucket. But everything has become politicized these days, you know? I used to be a serious news junkie, but I had to give that up because it was just driving me crazy. And there’s only so much one can actually do. I sort of went back to the drawing board and said, “Well, there’s nothing I can do in Lebanon, so what can I do in my own community? How can I be a resource and what are the small things I can do to keep moving forward?”

The concert industry thing has been a big bummer. Funnily enough, we were just coming off of our winter break; that December/January point where people don’t really play gigs. But now, all of the sudden people have been at home and recording. Which can be a double-edged sword because now everyone’s at home creating these “masterpieces.” I’ve got a friend in Dallas who is a studio owner and musician, and he was just about to go out and tour to support a new record. He’s been creating stuff since the pandemic, but it’s like, how much can you actually produce and then just sit on? With the market the way it is these days, there’s no point in just flooding the Internet with more and more new music. You have to go out and support it.

That actually leads me to another question I had. Have you been working on anything during the pandemic?

You know, for the last couple of years working in the industry and during this down time, I’ve been doing some writing but that’s kind of the extent of it. I have a certain hesitation because a lot of my stuff traditionally gets written when times are tough. It’s harder to write about the happier times [laughs]. It’s not that I’m not inspired, but when I’m content I’m living much more in the moment.

So I’ve been doing a little bit of writing, but honestly this period for me has been more about breaking the chains and getting back out in the world again. Seeing the country. This summer, I think we’ve traveled about six or seven thousand miles. We’re being safe and staying in places that are taking the necessary precautions, but we’re also doing a bunch of camping and getting outdoors. So I’d put it like this: while no, there hasn’t been a lot of direct chords-on-the-guitar kind of creativity, I think I’ve been spending this time getting filled up again.

Have you and the Waits & Co. guys been able to get in the same room together yet?

We haven’t gotten in a room yet because I just got back into town! But it’s one of those things where I can already tell you that the second we’re able to do that, it’ll breathe fresh air [into the songs]. I’ve played some solo stuff in Dallas, and I realize that for what I do and at this stage in my life, it’s more about the camaraderie. I’d hear John behind me flub a note, and just turn around and laugh. We don’t take ourselves too seriously. When we get together, it makes me happy in a very different part of my life than I’ve been able to fulfill since leaving Savannah.