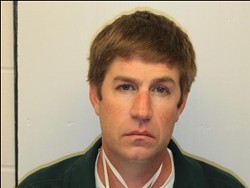 "The investigation began in December 2019 after a juvenile reported being molested by Dersch, who was previously known to the victim. During the course of the investigation, a search warrant was executed on Dersch’s residence which uncovered more than 9,000 child pornography images. Dersch was arrested in March 2020 on a sexual exploitation of children charge for being in possession of the images," police say.