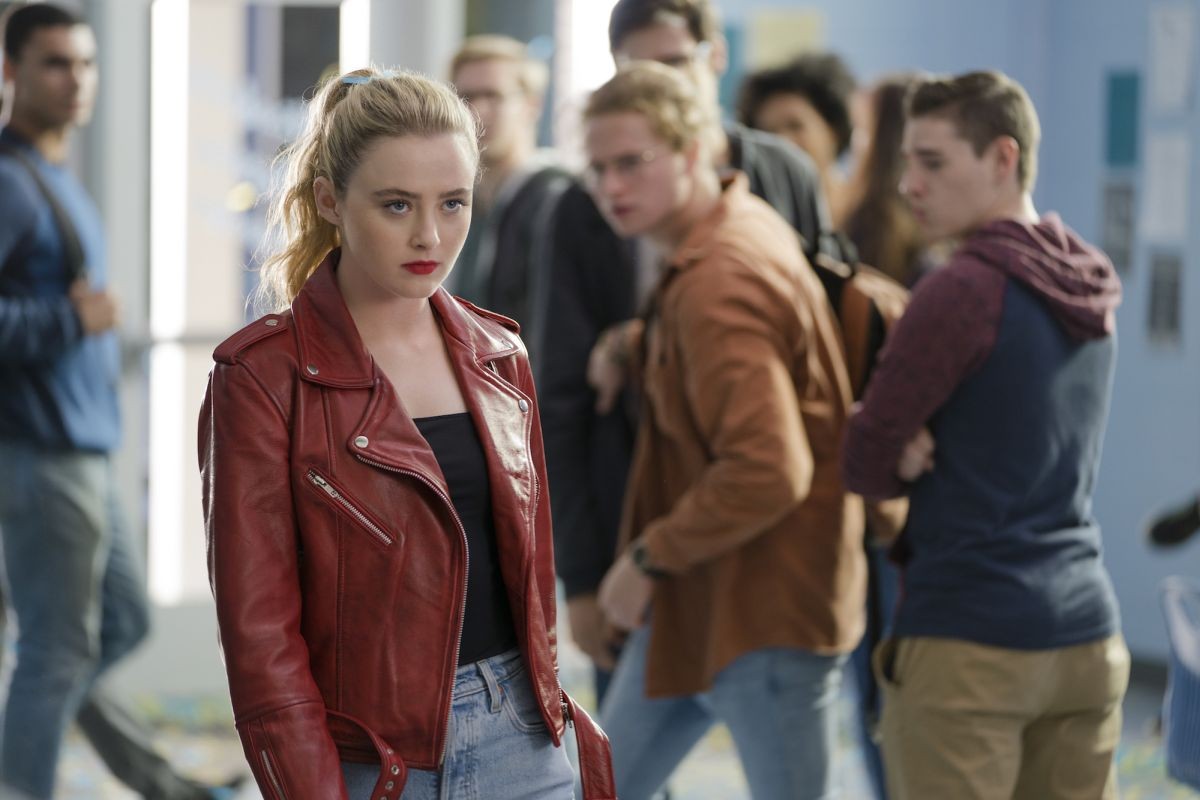 IT'S A SHAME that Blumhouse Productions opted to take a chainsaw to the original working title of its latest horror yarn, because Freaky offers no clue as to the movie's content. Is it a biopic of singer Rick James? Is it a look at kinky alternative lifestyles? Is it a belated sequel to the controversial 1932 classic Freaks? No, nope, and ix nay.

The movie’s initial title — Freaky Friday the 13th  — offers a better hint, at the very least acknowledging that it fits snugly into the hybrid horror-comedy genre. Director Christopher Landon is clearly a fan of movie mashups, as 2017’s clever Happy Death Day played like a cross between Groundhog Day and a slasher flick while 2019’s disappointing Happy Death Day 2U played like a cross between Back to the Future Part II and a slasher flick (with some Weird Science/Real Genius thrown in for good measure). With Freaky, Landon (co-scripting with Michael Kennedy) has opted to introduce the family favorite Freaky Friday to the gore-flick template.

Both popular versions of Freaky Friday (1976 and 2003) found a mother switching bodies with her teenage daughter through mystical means. Freaky keeps the teenager front and center, but the other half of the equation turns out to be a serial killer. That would be a hulking psycho known as the Blissfield Butcher (Vince Vaughn), who’s first glimpsed brandishing a mysterious dagger while brutally slaughtering four horny teenagers. The Butcher’s next random victim would appear to be bullied high-school student Millie Kessler (Kathryn Newton), but while attempting to gut her, he only succeeds in stabbing her in the shoulder at the exact moment the ancient dagger starts glowing. In that instant, the two end up switching bodies, with Millie inhabiting the form of the madman while the Butcher finds himself inside a lithe female shell.

While Millie is understandably upset with looking like a grown man who’s wanted by the police, the Butcher is thrilled with the anonymity his new form provides. After all, who would suspect a shy high-school student of bloodily dispatching those who annoy her? In a perverse twist, those who tormented Millie — a popular mean girl, a cruel teacher, the usual assortment of monosyllabic jocks — are now unwittingly bullying a serial killer, not the sort of person one would normally target with unkind words and actions. As for the real Millie, the one parked inside the Butcher’s body, she learns that she only has 24 hours to take drastic action before the switch becomes permanent.

The hook is the whole show since, unlike Happy Death Day, there’s not enough subversion of either the expected horror tropes or the standard school routines. Whereas Millie’s best friends Nyla (Celeste O’Connor) and Josh (Misha Osherovich) and her crush Booker (Uriah Shelton) would be unbearably dull characters had they appeared in superior efforts like Booksmart or Heathers, they’re serviceable here since the fun is in watching them interact with a teenage girl who now looks like a beefy middle-aged man. And the film is so beholden to the slasher playbook that it moves past its logical stopping point to add one more expected but needless confrontation. (If it looks familiar, that’s because it’s a duplicate of the ending of that Halloween reboot a couple of years back, with the solidarity of a family’s female members saving the day.)

While it’s amusing to see Vaughn prancing around like a teenage girl, “ewww”-ing at the wall graffiti in the boys’ bathroom at school, or getting giggly when flirting with Booker, it’s actually Newton who delivers the more convincing — and thus more effective — performance. Or put another way, I rarely saw Newton’s high-school girl in Vaughn — the Wedding Crashers star has always been an overlooked physical comedian, but his interpretation here is broad and not specific to the actress’s character — but I certainly saw Vaughn’s brooding killer in Newton. In a movie packed with freaks and geeks, she allows Millie’s uninvited inner demon to repeatedly command center stage.