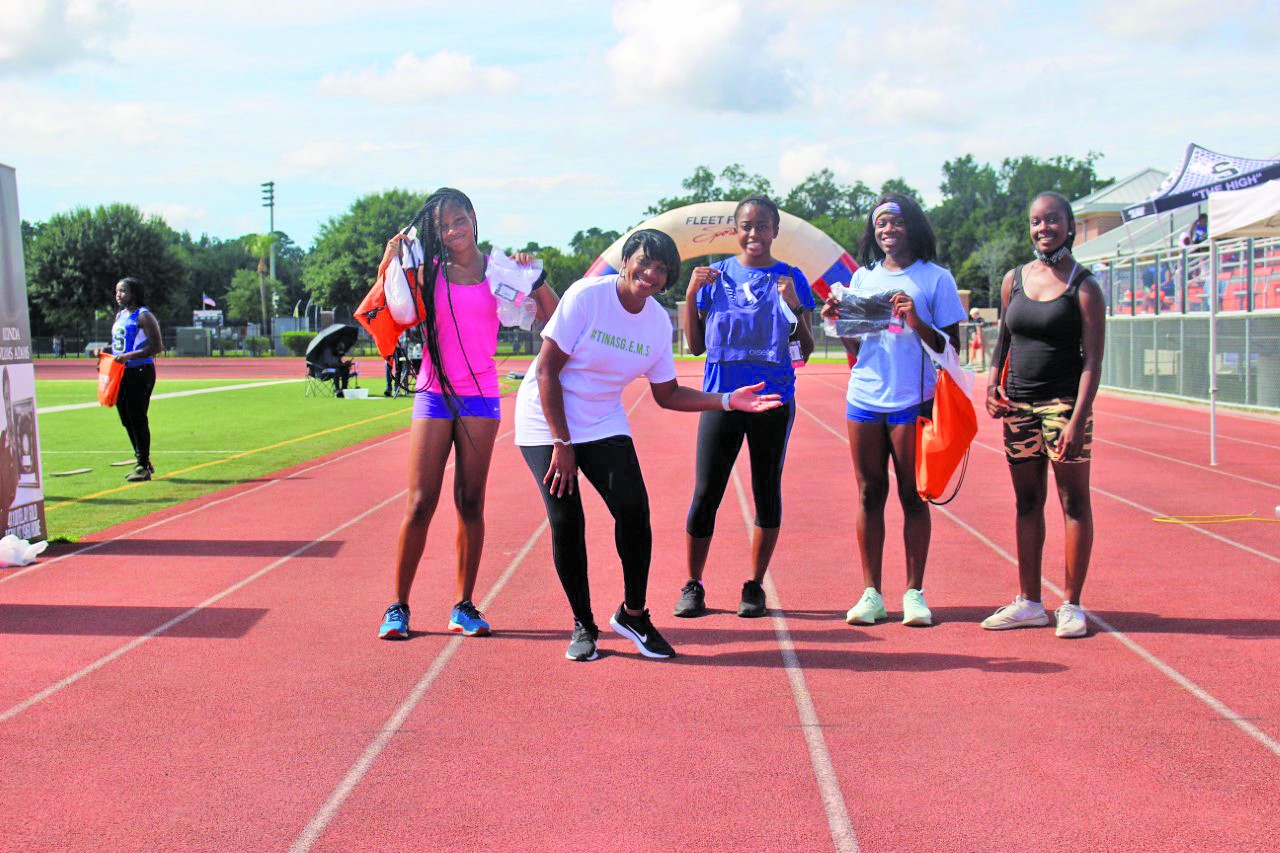 Tina Tyus-Shaw
WSAV News Anchor Tina Tyus-Shaw (second from left) with students from Woodville-Tompkins High School. The local celebrity donated sports bras in honor of Olympic legends like her aunt, teaching them about the importance of self care while being an athlete.

Tyus-Shaw met with the girls on August 14 at T.A. Wright Stadium at Savannah State University to orchestrate a 100 meter run, teach them about sports legends and give them sports bras.

“My event is called Tina’s G.E.M.S stands for Girls Empowered and Motivated to Success,” Tyus-Shaw said. “During this inaugural event, I spotlighted young female athletes; empowering them to excel in their chosen sports, education, and life goals.  That’s why I have initiated this sports bra giveaway project.”

During the event, Healthy Savannah— an initiative to improve the health of Savannahians— provided healthy snacks, SSU’s COVID Taskforce offered educational information, and considering the mental health issues that athletes in general face including Simone Biles and Naomi Osaka, a representative from SSU was there to provide mental health advice.

“Also, Lucinda Williams Adams, who was born in Savannah, won Olympic gold on that famous 4x100 Relay Team in Rome, Italy in 1960. Lucinda was responsible for the historic passing of the baton to Wilma Rudolph. The girls will run the 100m in honor of these legends.”

Tyus-Shaw said it’s important to educate young ladies and let them know to exercise self-care, take care of their bodies, their minds, and be powerful so that they can influence positive change in the world.

“We hope this event serves as an inspiration for young women and girls throughout the Savannah area and beyond. First to inspire them to always practice self-care and just as important, to pursue their dreams with purpose and Passion”