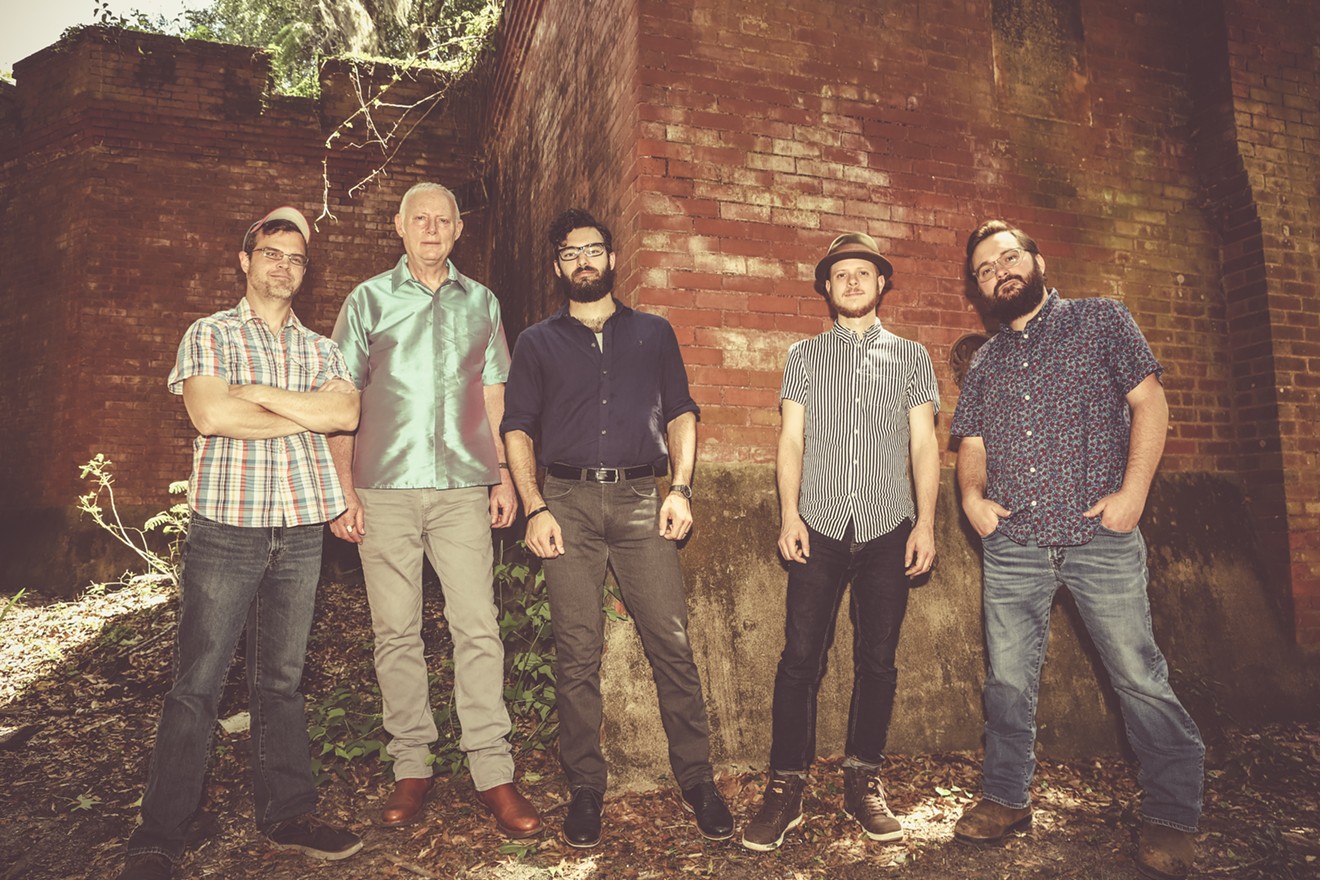 The local bluegrass boys are prepared to share their latest music, and this Friday at 6:30 p.m., Swamptooth performs their unreleased debut album as special guest musicians including Matt Eckstine, Eric Daubert, Jesse Fountain, Lynn Wolling also performing. The party is at Service Brewing Company, tucked-away on Indian St., where the group has been kicking off the weekend with booze and their loyal fanbase by playing live every Friday.

Though Swamptooth was officially forged in early 2020, the group members played traditional bluegrass music together as a bar band for many years before that. When the realities of COVID-19 struck in 2020, the group cocooned together, which resulted in the creation of their own original music and sound.

According to guitarist, bass player and vocalist Cory Chambers, the group's new music is made up of a diverse mix of sound. Providing some background on the tastes of the band members, Chambers says Evan Rose grew up in a family bluegrass band and had Jimmy Wolling as their banjo player. Added to the mix is Chambers’ love of soul music, Rudd’s love of Western swing music, and Wolling—believe it or not–is a big fan of Indian classical music, Chambers said.

“So we sort of took all of those influences mixed with a traditional bluegrass bass, and that’s what makes it unique and our own thing,” Chambers said.

Chambers said the group spent the last year and a half focused on creating this album along with a brand that reflects the artists’ mixed personalities.

On behalf of the new album, the group’s publicist released this description: “In live shows, Swamptooth’s musical narrative takes Ralph Stanley and Cher on a back road to the Georgia swamp where they are met by a cosmic traveler carrying a sitar… Swamptooth embodies an indelible appeal that can ignite the passion of nearly any audience who happens across their path.”

Chambers shared the project was intentionally made to be fun. Even the album’s name is a play on the group's knack for conspiracy theories.

“Mostly the idea with our original music is to have as much fun as possible and not take ourselves too seriously,” Chambers said.  “I love folk music, and lyrically for this project I tried to have fun with some social commentary, as far as cell phone usage—and there’s one called man-China about working in an Amazon warehouse, so I tried to continue the folk music tradition of commenting on the times, in a way.”

Chambers says they are ready for people to witness their new masterpiece.

“We’re just so excited about this project and the songs,” Chambers said. “ We want people to come and enjoy it.”

Swamptooth’s B-Flat Earth pre-release party takes place on Friday, August 27, 2021 at 6:30 p.m.. Tickets can be purchased on eventbrite.com for $15 per person.