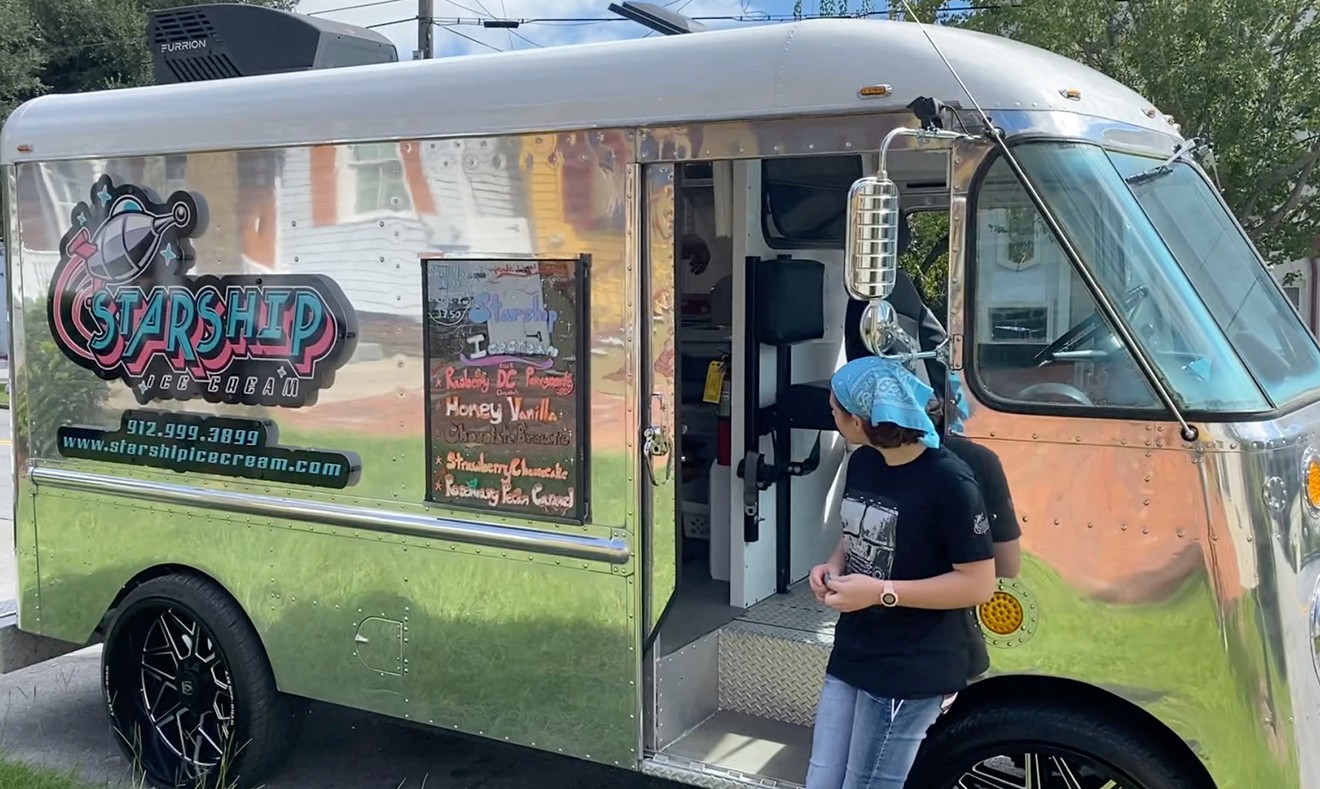 Despite the fact that we are just about 60 days from 2022, it is still way too easy to find stories out there that are tied to the hell that was 2020. We are going to deep dive on any of that here today. You know the drill. Most of us had it very tough.

Steven Penatello is one of those people. He’s the owner of a brand new ice cream truck in Savannah, Starship Ice Cream. We were days away from telling you his full story. I visited his production facility and heard all about this new venture.

Then I tried the ice cream. It was fabulous. I was so blown away by a couple of his flavors, I took the news to my bi-monthly appearance on WTOC’s Morning Break. This is a must try.

Like so many people, Steven lost his job last year. Faced with some decisions on what he wanted to do going forward, he decided to look into buying a truck he had seen parked at a house about six years ago.

“I pulled up at the house. No one was home, but there was a number on a business truck in his yard. .” Steven says. “So I called and asked if he wanted to sell the truck.”

They closed the deal on the spot.

Steven says the truck needed work. A lot of work. Transmission, power steering, drive train. All of it. It was a 12 month restoration.

“First I had to restore it. Then I had to modify it from a restored truck to a food truck.” He says.

“It has a Toyota Prius electric power steering, parts from a junk yard and everything I made myself.”

That’s a lot of work to build an ice cream truck. But now comes the punch line.

“I knew that it was going to be an ice cream truck, but I didn’t know anything about ice cream.”

“I was originally going to do pre-packaged ice cream, but I thought, this is a beautiful truck and I need a product that reflects that. So I went to ice cream school.”

As if spending a year building out a truck wasn’t enough, now he had to learn how to make high-end ice cream. No sweat, right?

Steven says he spent thousands of dollars on an on-line ice cream school course and a machine to make it. After he learned the basics on how to make ice cream, he totally went rogue. He created his own process, his own flavors.

“I really didn’t like how they made ice cream. The way I do it is different as it turns out.”

I spent a couple of hours with Steven at his facility on Broad Street in Savannah. I tried nearly all of the flavors. Two stood out as some of the best ice cream I’ve had in Savannah. (Rocky Road and Rosemary Pecan Caramel). Yes, Leopold’s included. I knew this was going to be a winner and began our process of telling the world.

I’s dotted and T’s crossed, Steven hit the street with his truck. This isn’t a neighborhood drive around ice cream truck. His first stop was Starland Yard, Savannah’s food truck Grand Central Station. He was well received. His first two weekends were successful.

Last week after a shift, a young lady ran a red light and smashed into the front of Steven’s Starship. For now, it’s out of commission. Two short weeks into his new venture. It wasn’t all bad though. The tow truck driver got a couple of scoops of ice cream that night.

Now comes the rebuild. Steven says it will take him through the Winter to fix it. The Starship Ice Cream truck should roll back out in the Spring.

In the short term, he says he’s going to look into other options to make and sell ice cream. One possible option is a take-away window at his facility. I think it would do very well. That is, if the city and zoning would even allow something like that. We’ll see.

So we are going to have to wait a bit for this great ice cream to make it back to you.  It is fair to say that it will. But when is anyone’s guess.