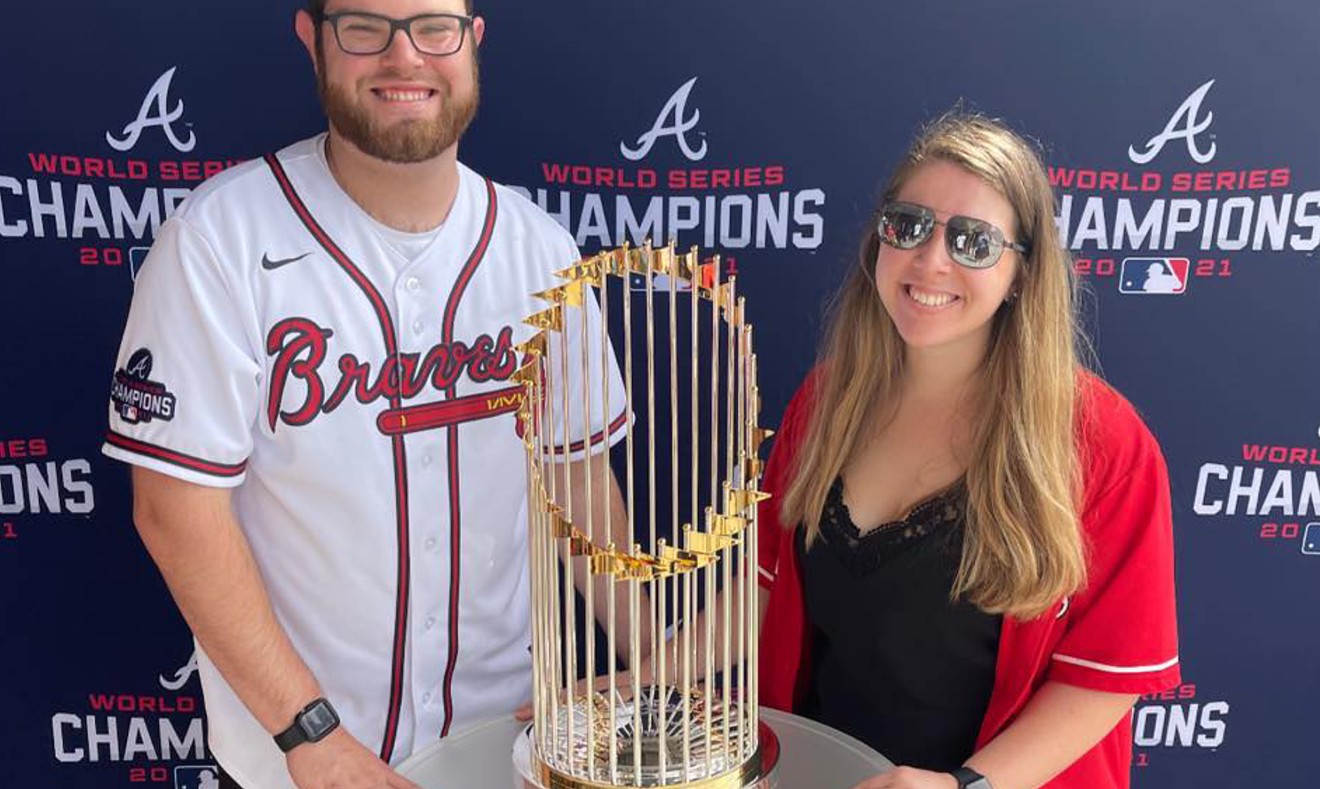 Jonathan Wood
Jonathan and Darcie Wood pose with the Atlanta Braves’ 2021 World Series trophy at the Spring Classic for Kids college baseball game on Sunday, March 6 in Lawrenceville. The trophy will make its way to Savannah for St. Patrick’s Day.

Fans will have an opportunity to take a photo with the two-foot tall Commissioner's Trophy during the Savannah St. Patrick’s Day celebration on March 17 from 12 p.m. to 5 p.m. in Johnson Square.

The tour is a 151-stop caravan across the southeast to help fans celebrate the Braves’ 2021 World Series Championship in their 151st year of existence.

“We felt the tremendous support from ‘Braves Country’ throughout the (2021) season and particularly in the postseason,” said President & CEO of the Atlanta Braves, Derek Schiller. “We are taking this championship on the road to our fans across the Southeast so that they can share in the joy and celebration of this historic victory.”

Atlanta was a relative afterthought last season until the team ramped it up late in the year and to reach the 2021 World Series versus Houston. In the best-of-seven Fall Classic, the Braves took care of the Astros and delivered the state of Georgia its first major professional sports championship in nearly 30 years.

“Truist is excited to be part of the World Series Trophy Tour celebrating the World Champions across Braves Country,” said Joe Smith, the Head of Sports & Entertainment Marketing at Truist.

“It’s been incredible to be part of this historic year with the Atlanta Braves, and we can’t wait to make more great memories with Braves fans during the tour.”

Before coming to Savannah, the tour will be stopping in Murphy, North Carolina at the Harrah’s Cherokee Valley River Casino & Hotel on March 13.

After leaving Savannah, it will head to Statesboro for a stop at the Tuesday, March 22 Georgia Southern baseball game versus the College of Charleston (5 p.m. - 8 p.m.).

Braves faithful in southeast Georgia unable to make the Savannah or Statesboro stops can catch the trophy at the annual Vidalia Onion Festival in Vidalia on April 23 from 12 p.m. to 3 p.m.

Full tour information and schedule updates can be found at braves.com/trophytour