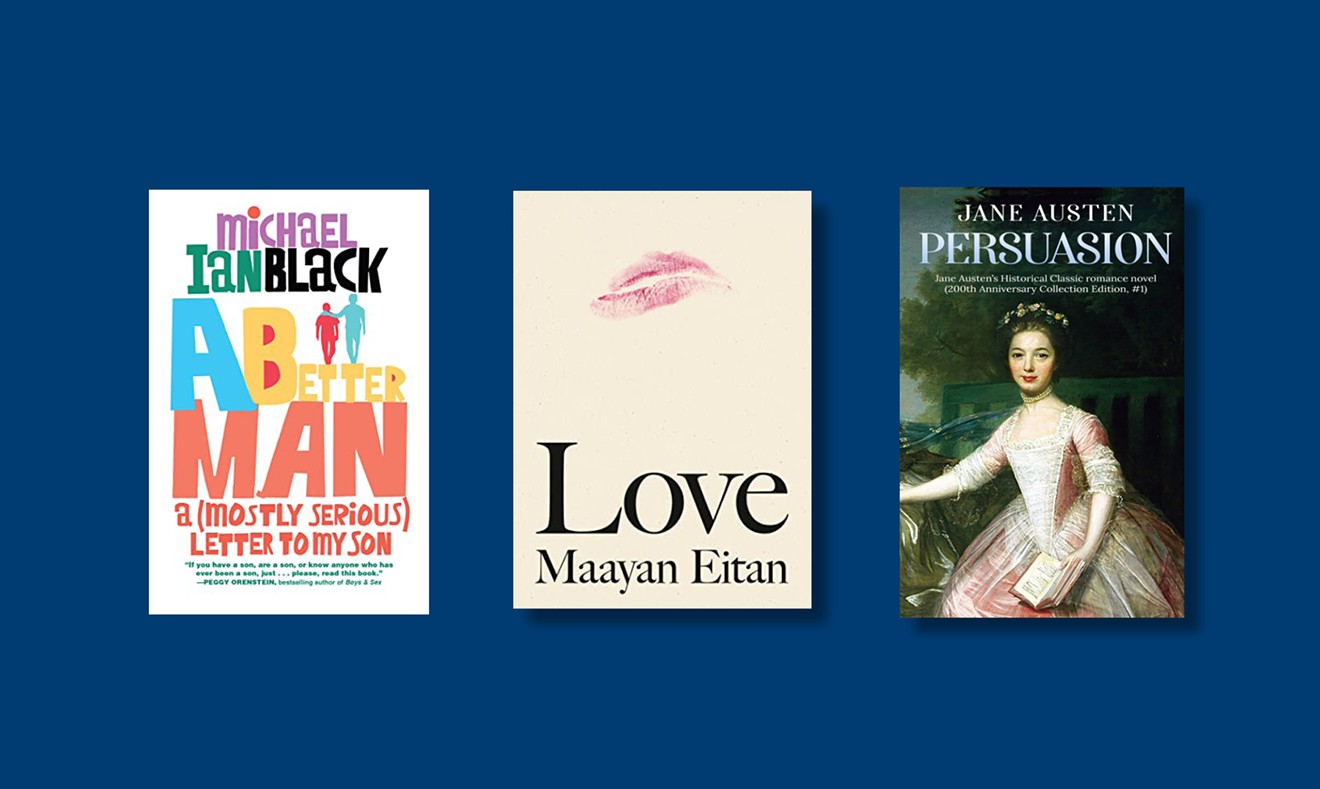 A Better Man:A (Mostly Serious) Letter to My Son  | by Michael Ian Black

With hope and with humor, Michael Ian Black skillfully navigates the complex gender issues of our time and delivers a poignant answer to an urgent question: How can we be, and raise, better men?

Part memoir, part advice book, and written as a heartfelt letter to his college bound son, A Better Man offers up a way forward for boys, men, and anyone who loves them. Comedian, writer, and father Black examines his complicated relationship with his own father, explores the damage and rising violence caused by the expectations placed on boys to “man up,” and searches for the best way to help young men be part of the solution, not the problem. “If we cannot allow ourselves vulnerability,” he writes, “how are we supposed to experience wonder, fear, tenderness?”

Love is a fever dream of a novel about a young sex worker whose life blurs the boundaries between violence and intimacy, objectification and real love. Startlingly vulnerable and lyrically deft, Maayan Eitan’s debut follows Libby as she goes about her work in a nameless Israeli city, riding in cars, seeing clients, meeting and befriending other sex workers and pimps. In prose as crystalline as it is unflinching, Eitan brings us into the mind of her fierce protagonist, as Libby spins a series of fictions to tell herself, and others, in order to negotiate her life under the gaze of men. After long nights of slipping in and out of the beds of strangers, in a shocking moment of violence, she seizes control of her narrative and then labors to construct a life that resembles normalcy. But as she pursues love, it continually eludes her. She discovers that her past nights in cheap hotel rooms eerily resemble the more conventional life she’s trying to forge.

Persuasion is the last novel fully completed by Jane Austen. It was published at the end of 1817, six months after her death.

The story concerns Anne Elliot, a young Englishwoman of twenty-seven years, whose family moves to lower their expenses and reduce their debt by renting their home to an Admiral and his wife. The wife’s brother, Navy Captain Frederick Wentworth, was engaged to Anne in 1806, but the engagement was broken when Anne was “persuaded” by her friends and family to end their relationship. Anne and Captain Wentworth, both single and unattached, meet again after a seven-year separation, setting the scene for many humorous encounters as well as a second, well-considered chance at love and marriage for Anne in her second “bloom”.