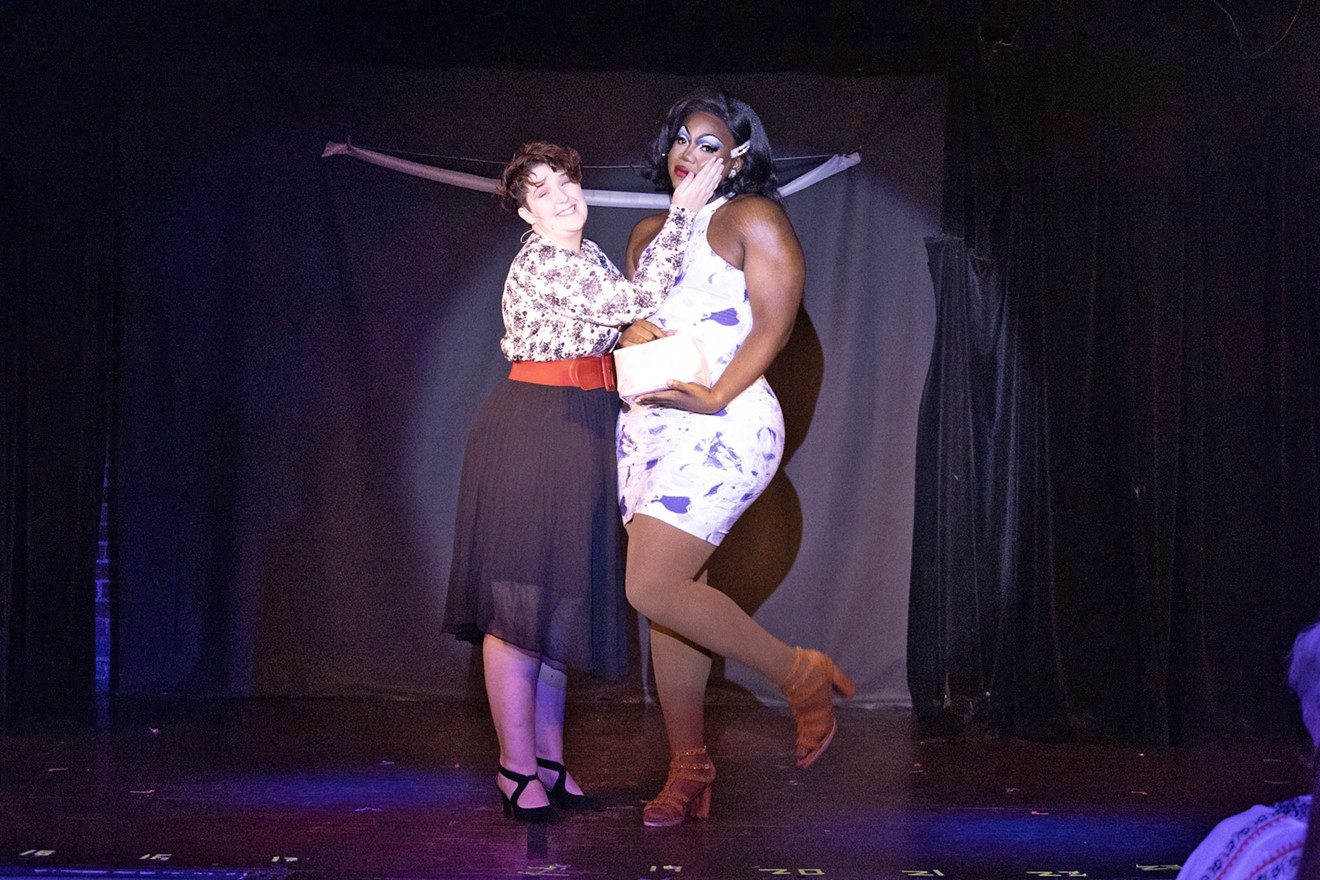 For one night only, you can experience “The Best of the Bay Street Cabaret” on Fri., October 7 at 7:30 p.m. at Club One’s Bay Street Theatre.

After ten outstanding shows and 200 songs sung live the troupe is taking a look back and a look forward in this show, with a big announcement coming as well.

“We are in a place of transition right now,” said founder and producer Rick Garman. “During my pre-show pitch I will announce this will be the last Bay Street Cabaret show. The good news is that we are rebranding as the Savannah Cabaret.”

Before they do so they wanted to celebrate their past shows.

The Bay Street Cabaret was inspired by the shows that drag queens Carmen iCandy and Treyla Trash were doing on Facebook Live during the covid lockdown where the two of them would perform Broadway songs.

“I love Broadway and I went to them and I said, why don’t we turn this into a full show with other singers. That’s how this started. It was a fairly standard cabaret series hosted by drag queens, but with some theatricality and every now and then there’d be a costume or a prop or something like that,” said Garman.

The Bay Street Cabaret went from a scrappy live-music start-up to an established performance company that stages original productions with scripts, characters, costumes, and interactive elements to sold-out audiences.

“When we started, we had a hard time selling 25 tickets but our last show sold out, which is a testament to the performers and to our audiences, so we think it’s time to celebrate what we’ve done and, more importantly, where we’re going,” said Garman.

In 2021 the troupe performed “Vivian and Bill’s Christmas Party!” which was their first show with a full story and characters. This show was groundwork for many shows to come.

Along the way, the troupe has sung over 200 songs from a wide spectrum of genres including Broadway, the greatest love songs, big band, standards, pop, rock, holiday favorites, and much more.

“We’re becoming more established. Nobody knew who we were when we started. Now the word is out, we’re getting press, people are telling their friends and bringing them to the show. We are getting a regular audience and people know about us now and know that we put on great shows,” said Garman.

This “Best of” has no script, no set, and no costumes. This show will feature a panel-style gathering of Bay Street Cabaret performers who will “spill the tea” with behind-the-scenes stories, answer questions from the audience, and–of course–sing some of their favorite, most crowd-pleasing numbers.

“It’s just ten of our best singers that appeared in multiple shows that will be sitting on stage panel style. I’m going to act as the moderator and we’re going to tell some stories, some backstage gossip, and talk about what some of the inspiration for some of the shows or the songs was,” said Garman.

The show is produced by Garman, who has written several novels and more than thirty movies for television.

The evening will also feature some surprises in addition to the rebranding announcement.

In the second act there will be a “Song Steal” that will allow performers to “steal” a song that someone else performed in a previous show.

“It will be a song that was performed in a previous show, but this person didn’t do it. Again, the only people who know what’s going to be stolen are the person singing and me. Nobody else on the stage will know if one of their songs is going to get stolen,” said Garman.

The Savannah Cabaret will perform later in October during the Savannah Pride Festival, but will make their official debut performance on December 8 with their disco burlesque show.

In addition, they have their next season already planned out which includes the return of “Vivian and Bill’s Christmas Party!,”  “Time Traveling Drag Queens” and more. All of this info will be on their new website.

Guests must be 21 years of age or older to attend. Again the show will be performed one night only on Fri., October 7 at 7:30pm at Club One’s Bay Street Theatre.  Tickets available at baystreetcabaret.com