Jane Fishman’s new book is about the matriarch of Ossabaw

I CAN ONLY HOPE Savannah writer Jane Fishman is right about how Eleanor "Sandy" Torrey West has lived so long.

West, the matriarch of Ossabaw Island, is a few days shy of her 102nd birthday. And she’s still asking questions.

“It’s her curiosity and her interest in other people,” Fishman says.

And if that alone does it, then Fishman and I, both interviewers of long stature here, are both in for long lives. Of course, longevity also could be a divine gift for a landmark figure in Georgia history. 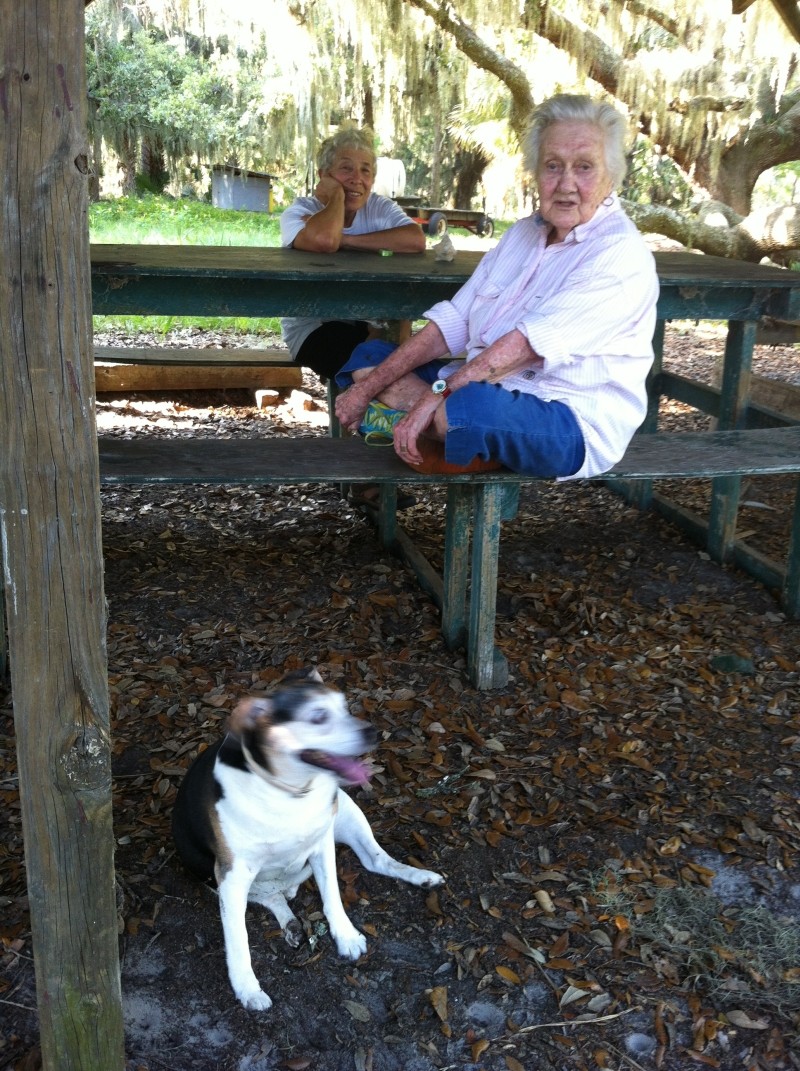 Fishman writes about West in her new book, The Woman Who Saved an Island.

“She’s a hero,” Fishman says. “She’s somebody who stands up to the prevailing opinion in the world.”

Back in the 1970’s, West was a riches-to-rags heiress who owned a 40-square-mile private island near Savannah. Only the Michigander couldn’t afford to keep the retreat that her parents left her. So potential buyers came knocking, including real estate developers and the super rich.

“There was a man representing Aristotle Onassis and Jackie Kennedy who wanted to buy the island, sight unseen,” Fishman says.

West could have sold Ossabaw to the highest bidder. But her single greatest contribution to Georgia was turning away all comers until an agreement could be reached to protect the island’s natural and cultural heritage forever.

“Her lawyer said, ‘Can’t you just pretend, so I can meet Jackie Kennedy?’” Fishman says. “And she said, ‘No, I will not do that!’”

Thanks to West, Ossabaw Island became the state’s first heritage preserve in 1978. The Georgia Department of Natural Resources manages the island for scientific and cultural research and environmental preservation.

“She wants people to appreciate what it’s like being on an island that isn’t lit up, that doesn’t sell real estate, where you can’t play golf,” Fishman says.  “That’s the legacy that she wants to leave.”

Fishman began a friendship with West when the islander was a spry 89 years old. She started taking notes and asking questions. What emerged is a humorous, witty and engaging book about West and her memories.

“It’s really a story of her stories,” Fishman says.

Like when West met Salvador Dali in an elevator. Or when Johnny Mercer told West her hairline “had rhythm.”

And all throughout, West’s flowery language just palpitates this writer’s heart.

She “tizzies up” when she cleans for guests. The “big pumpkins” are the important people. Her “pins are wobbly” when her legs fail her. And on and on.

Much of that language goes back to West’s parents.

“They were people who talked to one another,” Fishman says. “They had parties. When Sandy’s parents went to Ossabaw for the winter, trying to escape the northern winters, they brought down all their fine silver and china.”

But West lost much of that wealth in the 1960’s and 1970’s when she ran a pair of programs, the Ossabaw Island and Genesis Projects, aimed at sparking creativity and changing lives.

She has no regrets about losing (more like, sharing) her inheritance.

“That’s the beautiful thing about this woman,” Fishman says. “She had a vision of how she wanted this island to be preserved. She says many times, ‘Oh, mother would have a cow if she saw how I was dressed or if she saw what I was doing now.’”

This voice – especially West’s cadence – Fishman uncannily captures in her book and on my podcast. She treats her subject with laughter and wonderment.

And by all accounts, that’s exactly how West treats those around her.