Do countries ever voluntarily give up territory? 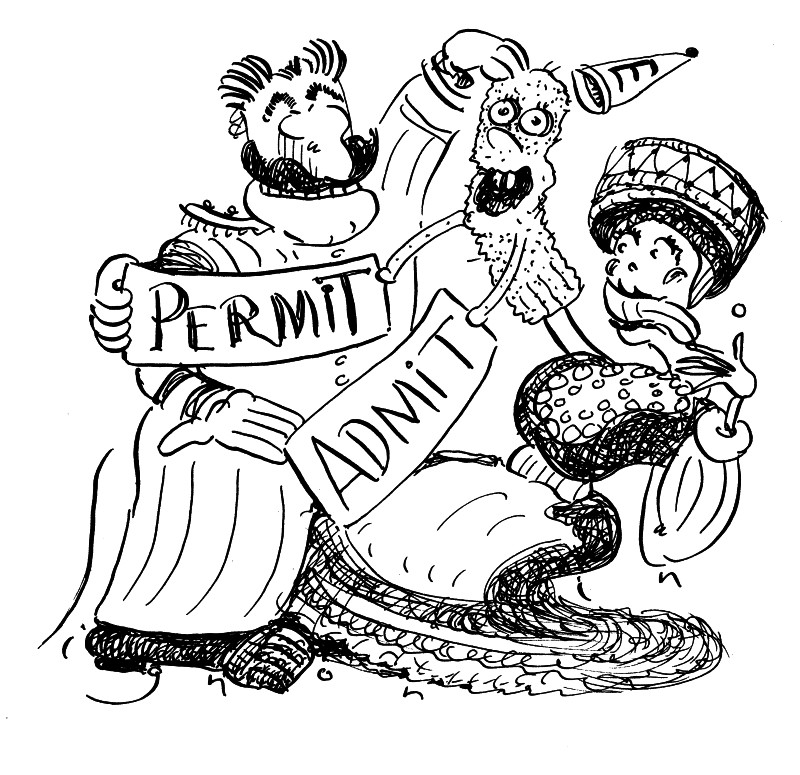 IT seems like an ironclad rule of geopolitics that countries never give up territory except under some form of pressure. In the last 100 years or so, when have countries actually gone out of their way to rid themselves of territory? The only example I’m aware of is Malaysia expelling Singapore from its federation. —Chris S., Tallinn, Estonia

ESTONIA, eh? You guys know something about giving up territory. On August 6, 1940, the members of the elected assembly of Estonia petitioned the Supreme Soviet for admission to the USSR, in effect ridding themselves of their entire country. (The Soviets generously took them in.)

True, Estonia was then occupied by Soviet troops, and a couple months earlier the Soviet government had demanded the creation of an Estonian puppet government that then called for elections, which produced the pliant assembly mentioned above. Doesn’t that sound voluntary to you?

OK, one of your more blatant examples of being under pressure. My point is, just because a change in sovereignty is nominally voluntary doesn’t mean it is. On the contrary, some form of political, economic, ethnic, or religious pressure lurks behind almost any division of a nation-state.

You mention Singapore. After it hooked up with Malaysia in 1963, disputes arose between the two sides, with violent riots in 1964 over Singapore’s failure to accord preferential treatment to ethnic Malays. The result, in 1965, was like a high school breakup—depending on who you believe, either Singapore dumped Malaysia or Malaysia dumped Singapore.

Most of the major map recolorings not resulting from war over the past few centuries have arisen from the unwinding of dubious land grabs. These aren’t as common as they once were, because neither are land grabs. Then again, as the Ukrainians can tell you, they’re not a thing of the past.

Years ago, acquisitive empires finding themselves with more land than cash weren’t averse to trading the former for the latter. The U.S. was the beneficiary of several such deals, the two largest being the Louisiana Purchase (828,000 square miles for three cents an acre) and the acquisition of Alaska from Russia (586,412 square miles at two cents an acre).

Those were about as close to voluntary as these things ever are—the Russians, for example, concluded they couldn’t defend Alaska, so they might as well sell it for whatever they could get.

National territory isn’t sold much anymore, although the idea still comes up. In 2010 two German MPs seriously suggested that Greece consider selling several of its uninhabited islands to pay its national debt. The Maldives, a low-lying island nation threatened by rising sea levels, is considering purchasing land elsewhere to house its citizens if needed; Kiribati, in similar straits, has already pulled the trigger, acquiring 5,000 acres in Fiji last year. Sadly for Kiribatian national aspirations, all they’ve bought is real estate, not sovereignty.

Most cases of unloading territory in the past century are a consequence of decolonization, the premier case being India, voluntarily-but-not-really cut loose by the UK in 1947. Embarrassment at the imperial adventure having finally sunk in, the British didn’t charge the locals to get the subcontinent back, they just left.

Some might consider the return of Hong Kong to China in 1997 a willful ceding of territory, but from a legal standpoint the UK’s 99-year lease just ran out.

A better example is Portugal’s return of the seaport of Macao, its former colony, to China in 1999. Unlike the British, the Portuguese had a treaty entitling them to manage and reside in Macao perpetually, but in the 70s Portugal formally renounced all overseas colonies and territories, meaning getting out of Macao squared with its overall policy. The fact that Portugal could no longer defend a tiny outpost half a world away no doubt also eased the pain.

Things didn’t go as smoothly when Portugal decolonized East Timor, in the Indonesian archipelago, in 1975. East Timor declared its independence, prompting Indonesia to invade. More than 100,000 died in the resultant conflict, which wasn’t fully settled until 2002, when East Timor became a sovereign state.

Some countries don’t cede territory, they just break up. Starting in 1991, Yugoslavia fissioned into what ultimately became seven nations, the ensuing civil wars and ethnic cleansings helping to destabilize Eastern Europe for more than a decade. Czechoslovakia fractured into the Czech Republic and Slovakia in 1993 with considerably less drama.

The U.S. has willingly given up territory a few times over the last hundred years. The Philippines, won from Spain after the Spanish-American War, were granted independence in 1946. The American-Mexican Chamizal Convention Act of 1964 ceded 630 acres of American territory in exchange for 193 acres from Mexico to settle a boundary dispute along the Rio Grande.

Similar treaties in 1970 and 2009 resulted in the net transfer of a couple additional square miles from the U.S. to Mexico.

Don’t expect to see larger transfers any time soon. The Torrijos-Carter Treaties of 1977 returned the Panama Canal Zone to Panama in 1999. Can you imagine trying to get that through Congress now?