Some favorite spins from local releases in 2015

IT SEEMED like everywhere you turned this year, someone was throwing an album release party. From intimate singer-songwriter gigs to all-out unforgettable bashes, there was plenty to celebrate in 2015.

We’ve selected a few of the best local releases from 2015; give them a spin! 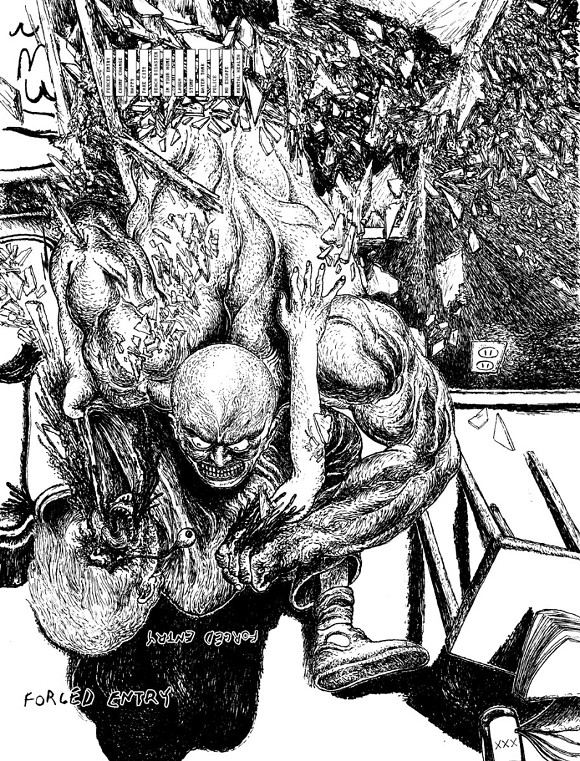 The hissing, fizzly production quality is wonderfully nostalgic while listening on tape. Plus, the handmade wood and glass cases that the CS cassettes come in must be smashed in order to access the product; and, that, friends, is inarguably genius. 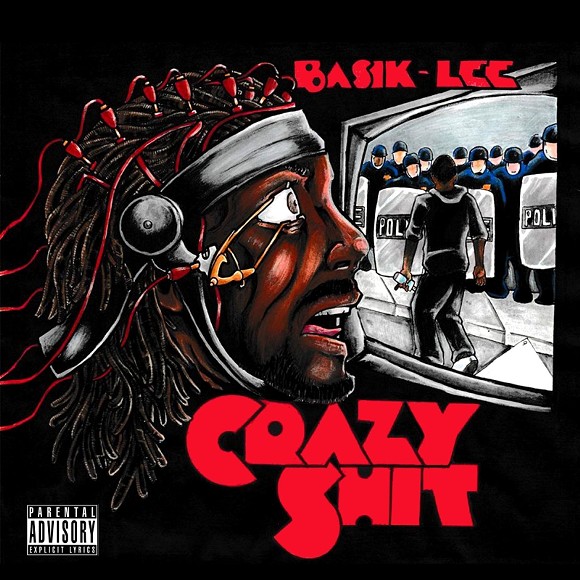 In 2015, Steven Baumgardner a.k.a. Basik Lee returned to his post as Jinx Hip-Hop Night host, wailed out soulful tunes while strumming and picking a classical guitar, and, seemingly out of nowhere, dropped his first full-length hip-hop LP in years. With a little help from guests like Super Toine, Solo, Kaos, Slim Jim, Dope KNife, Miggs Son Daddy, and C. Jizzy, it's a triumphant return. 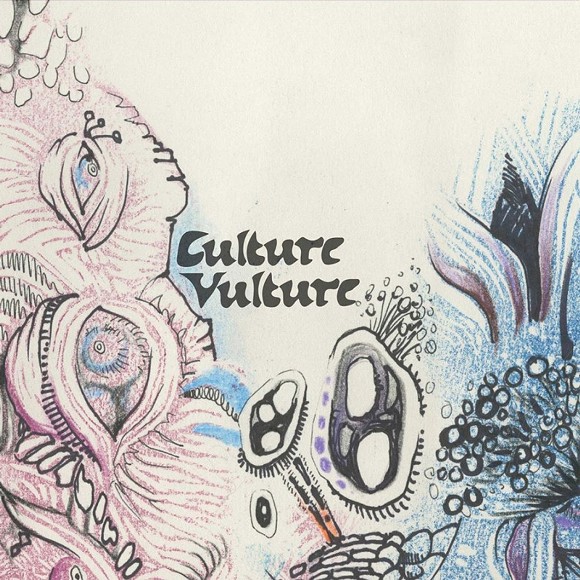 The three-piece's debut combines all the best elements of Culture Vulture's math rock, prog rock, experimental, and jazz fusion sound. Matt Pelton (drums), James Webber (guitar, keys, alto sax), and Nick Gilbert (trombone) are incredible players; listening to them track-by-track is as much a treat as watching them illuminate the room in a live setting.

Experimental acoustic guitarist Richard Leo Johnson slips into pseudonyms on this avant-garde exploration of a double LP. We are lucky to have such a borderless, inventive artist in our midst. 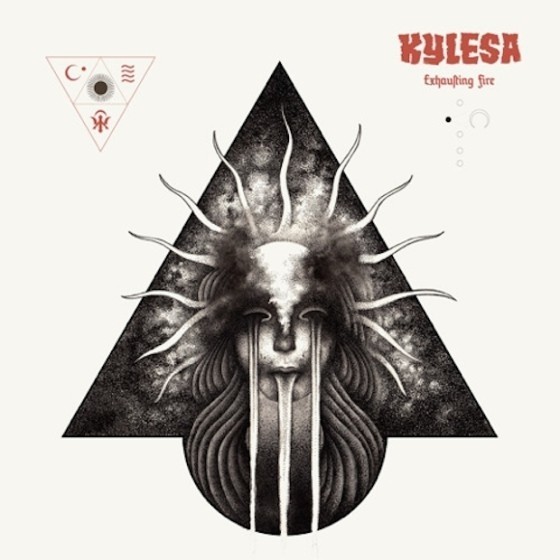 Our hometown heroes continue to ensnare fans across the globe with their refusal to be fenced in by genre. Exhausting Fire is spacious and smart on timing, knowing when to hit the hardest and when to pull back and let the listener yearn for more. 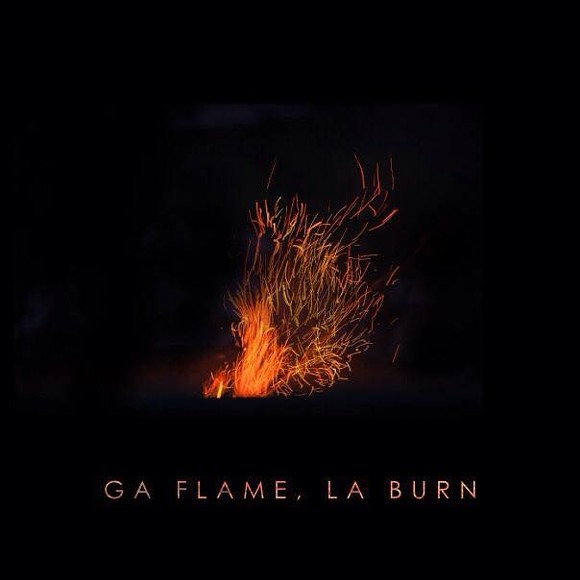 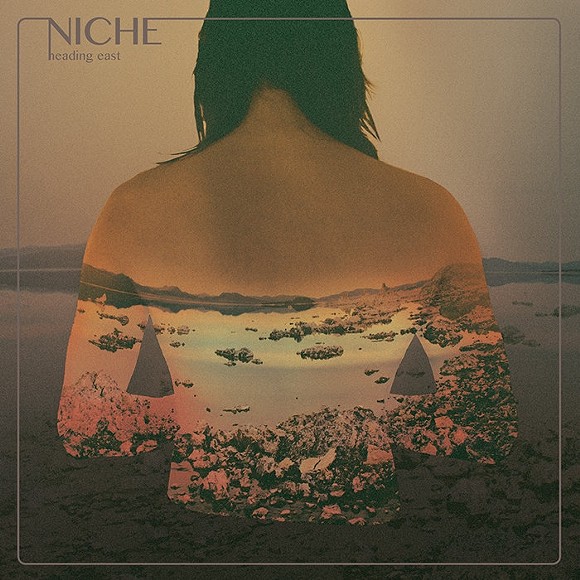 Niche's '70's-inspired sound is at its finest here, immense, dusty and alive with searing dueling guitar leads. The boys aren't afraid to create experimental caverns in songs and explore textures and deconstructions, but when it all comes down to it, this one's a real rocker. 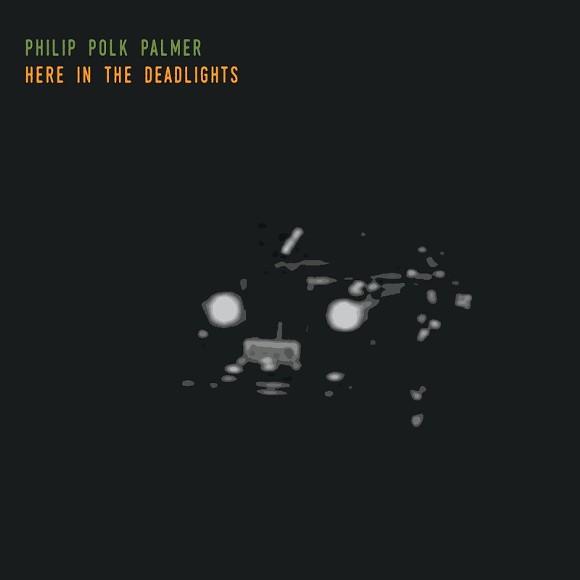 Here in the Deadlights

"This town looks better in the books," Philip Polk Palmer coos on his darkly watery ode to his hometown. Spiritual in that ominous, sordid Savannah way, Here in the Deadlights is a swampy, eerie thing, creeping like an alligator toward a still boat through murky fog.

With clear shoegaze, post-rock, and noise influences, go into it imagining Nick Cave leading a funeral procession down Bonaventure Road with Ian Curtis conducting a choir, then filter the whole experience through a fully loaded pedalboard.

And if you ever move away to Savannah, keep this disc near for those moments when you need to mentally wander back to the Lowcountry. 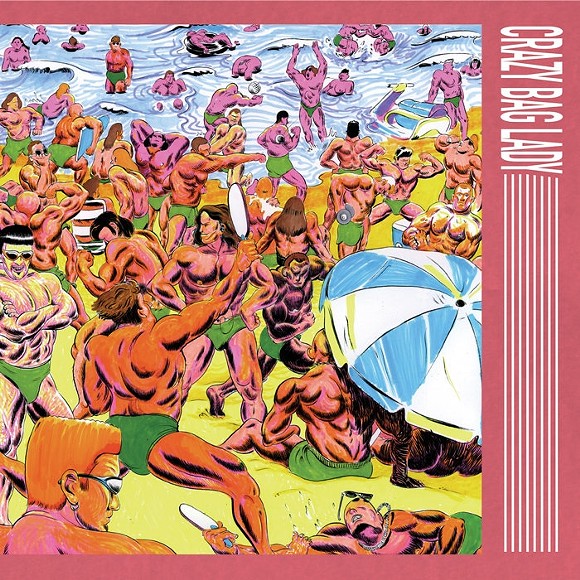 Crazy Bag Lady's first LP captures the brighter, poppier elements of their tunes, making for an infectious treat of a rock record. 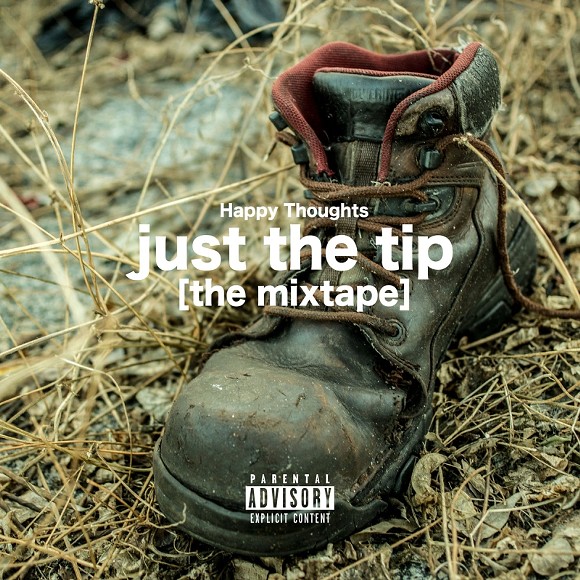 Just the Tip [the mixtape]

Miggs Son Daddy and Dope KNife are an artistic match made in heaven—in addition to breathing new life into Dope Sandwich as a collective and label and creating videos and visual art together, their duo Happy Thoughts brings out the best in each of them as rappers. Just the Tip gets its hooks in you and refuses to let go. 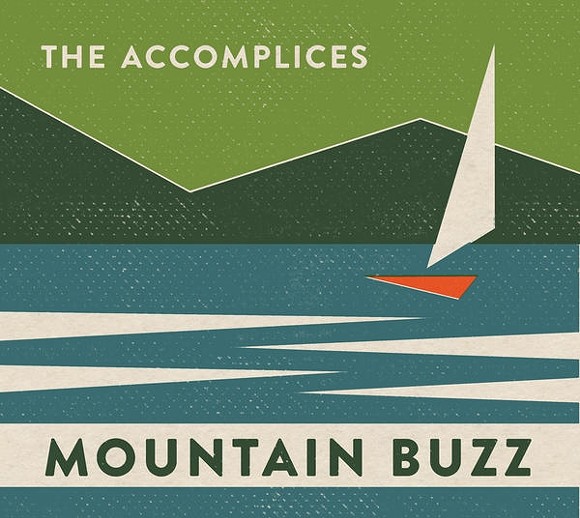 The Lowcountry string band's latest EP shows the band pushing and experimenting more than ever: rocking it on "Transatlantic Blues," winding into an open jam on the title track, and setting fiddle player Colleen Heine loose on lead vocals on the gentle, sweet tune "Lean on the Wind." The release party at Georgia State Railroad Museum was a blast, too. 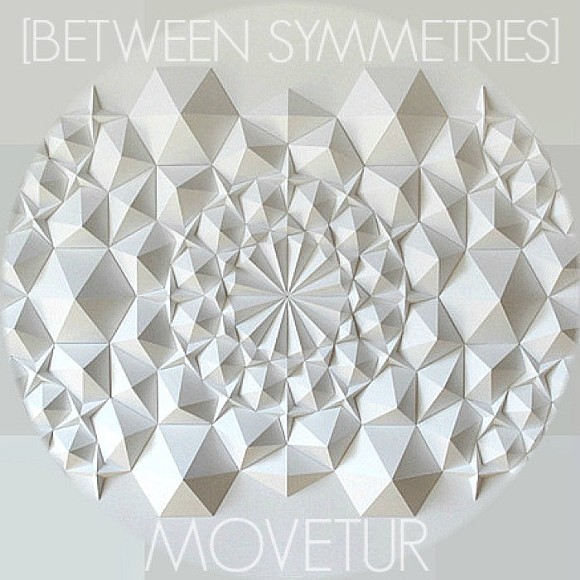 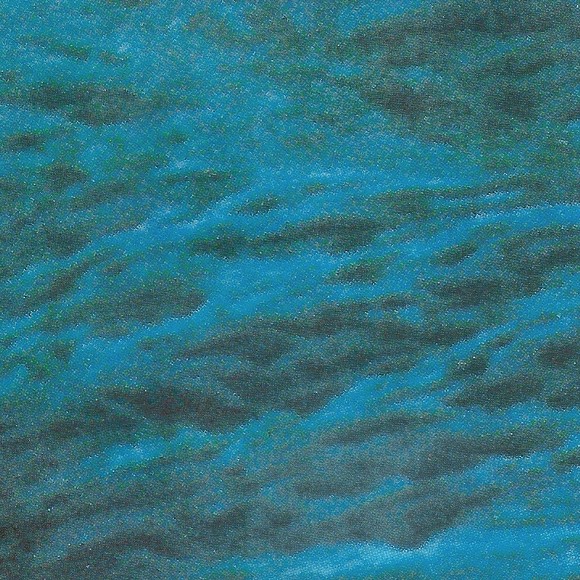 On the heels of their Broken Circles debut Lo-Tide, Triathalon enchanted both old fans and new with Nothing Bothers Me, a record that pulls from their usual surf, Motown, and soul influences but isn't afraid to bend, waver, and get weird with it.

The addition of keys absolutely makes this record, brightening up the fuzz as the listener is buoyed along through ‘90s R&B-style melodies and jangly, catchy hooks. 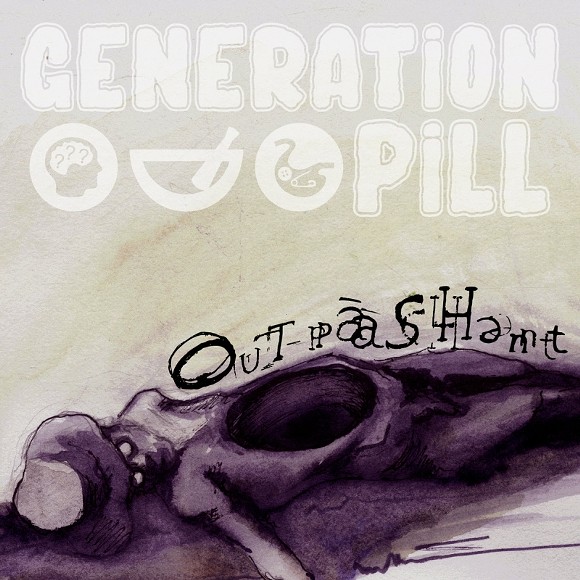 The three-piece released what's perhaps the rawest, most honest record out of Savannah this year. James Lee and Josh Taft bring a visceral kind of physicality to their songwriting, and the haze of grimy distortion and layered samples that encircle those lyrics make for a textural dream. 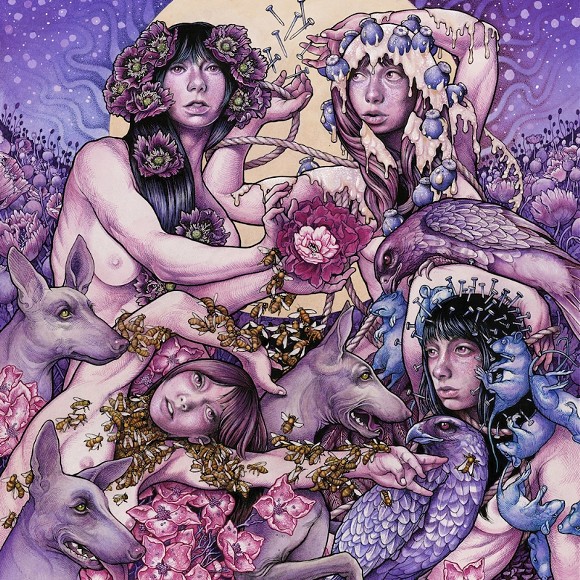 They may not reside in Savannah anymore, but there's a reason Baroness still call the Hostess City home. Resilient, tender, sweeping, and briny as a salt marsh, Purple may be their best yet, merging the softer side of Yellow & Green with the band's classic heaviness.

An immersive beauty of a record, Jeff Zagers is pushing boundaries with his timelessly rich vocals, innovative textures, and sonically healing compositions. 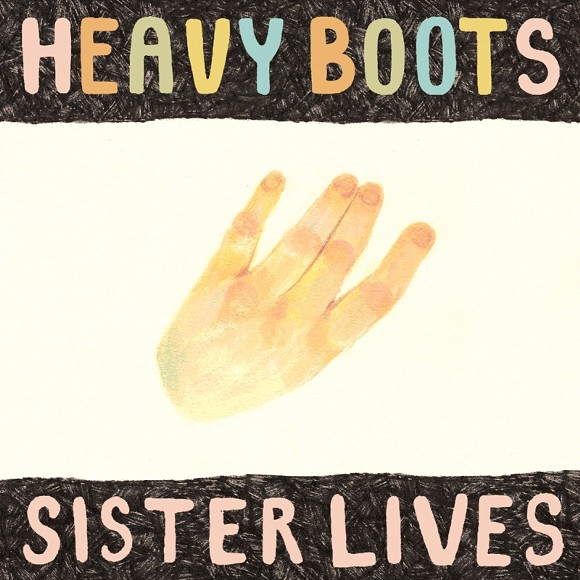 Heavy Boots' Rachael Perisho may have moved away, but before leaving Savannah, she left us with this little gem of a cassette. With support from members of Triathalon, Perisho's ambient croonings unfurl into a full, engrossing experience. 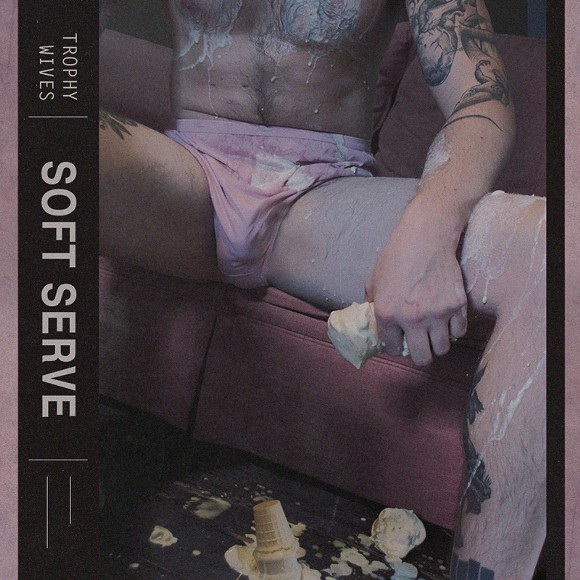 Right before the release of their debut LP, punk four-piece Trophy Wives announced they'd be taking an indefinite hiatus—which, when you hear how much they're capable of on Soft Serve, is kind of heartbreaking.

But, much like Atlanta’s The Coathangers, Trophy Wives’ members picked up instruments for the first time to start their band. Born out of Savannah’s house show scene, it’s been rewarding to watch the band grow; its members are already onto great new things--make sure to catch drummer Rachael Boswell with Crazy Bag Lady/Sunglow/The Toxic Shock’s Daniel Lynch in their duo The Lipschitz.

Recorded and mixed by Triathalon/Wet Socks’ Hunter Jayne, Soft Serve hits like the Trophy Wives live experience: captivatingly intense, bare and furious, with everything distilled down to fury, dripping sardonicism, and unapologetic feminism. 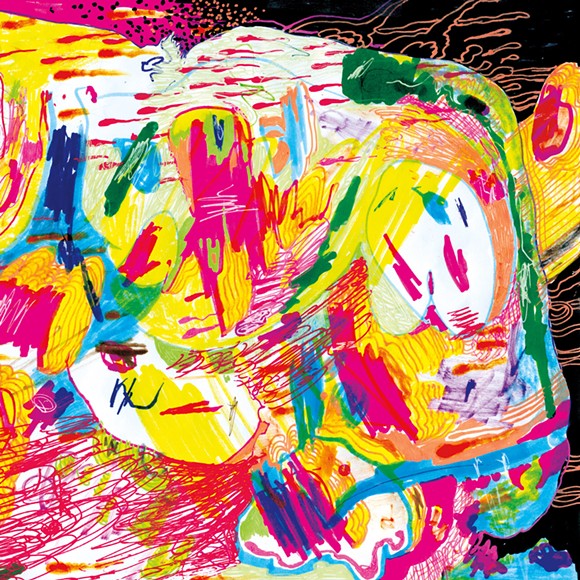 The Casket Girls/Stardeath and White Dwarfs

What Keeps You Up At Night

Ryan Graveface's spectral pop project, The Casket Girls, is a perfect pairing alongside Stardeath & White Dwarfs, the brainchild of Dennis Coyne (brother to Wayne of The Flaming Lips).

More To Check Out:

Plans Are Built On Thin Ice