Savannah Film Festival: Trolls bring happiness under all that hair

"In animation, it all happens on top of each other. You're constantly building the film and tearing it down." 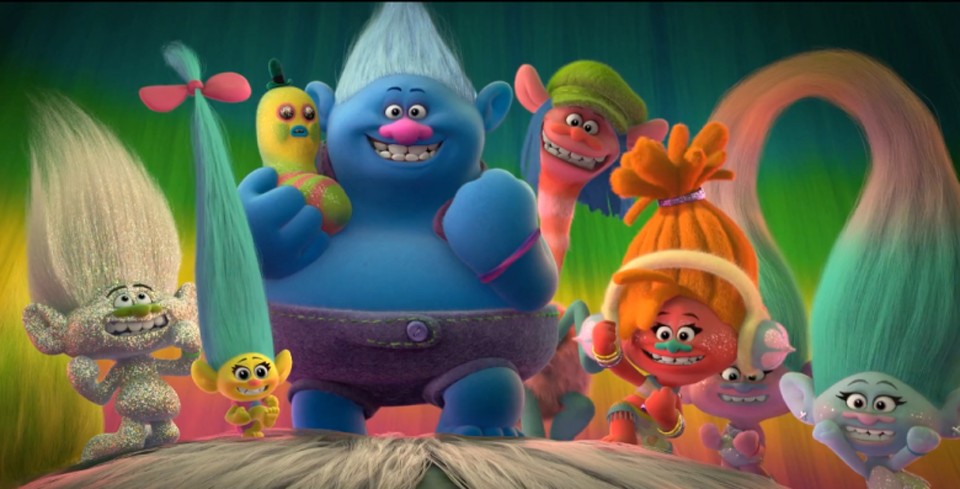 AS YOU can guess from the one-word name, Trolls is based on the classic – slightly freaky-looking – children's dolls from the '60s which got their start in Denmark and became a global phenomenon.

DreamWorks animation liked the dolls so much they literally bought the brand from the original company. No mere nostalgia trip, their new animated feature follows in the footsteps of The Lego Movie in bringing a beloved line of toys to life with all-star voice talents, including Justin Timberlake, Anna Kendricks, Zooey Deschanel, and Gwen Stefani.

Trolls screens this Monday night as part of the Savannah Film Festival. We spoke to the very affable co-directors Mike Mitchell and Walt Dohrn, a longtime partnership who've worked together on several other notable animated franchises.

So how do you go about rebooting a franchise that doesn't really have an existing character universe already?

Mike: It's a clean slate! That's what's so exciting about it! Walt and I have always talked about how great it would be to work without rules, with no universe. We got to start from scratch with ugly, cute little stubby things with big hair.

You've been to Savannah before, on The SpongeBob Movie.

Mike: That's right! We had Antonio Banderas in a giant pirate ship! We had a great time in Savannah.

What is the difference between directing for animation and for live action, other than the obvious?

Mike: Well there are similarities and differences. I've done live action and animation. In live action you work on the script first until you get it right. Then you do location scouting, blocking, shooting, then editing. Then you do your music and your mixing and you're done.

With animation all that happens at the same time. You're writing the story as you're recording voices. Walt and I are directing actors on their voice readings, while we're also directing animators.

So you do all the blocking in animation, and it all happens on top of each other. You're constantly building the film and tearing it down.

You're just constantly editing as you go. In animation, the editor in a sense becomes one of the writers.

Walt: Ultimately, though, it's the same idea. You're communicating a story with characters. The way we work with actors isn't that different.

Patton Oswalt has a great bit about doing voice work, how different it is from anything else.

Usually in animation, the actor is behind a big pane of bulletproof glass and has no contact with a director except when the director pushes a button and their voice comes through saying "OK" or "Let's try that again."

But we're different. Walt and I will sometimes burst in the booth and start interacting with the voice talent, doing the scene with them. That really frees the actors up, and you can see the end result in the movie.

And of course, Walt is an actor in his own right. In this movie he voices the Cloud Guy.

How did you get involved with this particular franchise?

Mike: Walt and I are used to franchises, we've worked on the SpongeBob projects, the Shrek movies. So we aren't intimidated by franchises.

Dreamworks for whatever reason had the rights to these strange little creatures. We were able to say to them, this is the story we would tell, and this is the world we would create. It pretty much kicked off with just Walt and I in a room to begin with. Then we acquired a storyboard artist. We ended up with about 1000 artists.

What do you bring to the table for Trolls that maybe others might not?

Mike: Walt and I went to school together, and ever since we met we've been drawn to fairy tales and unique worlds and universes. We also like really strange, irreverent comedy. So we tried to weave all that together in this film.

We're both huge Miyazaki fans. Every time we see a Miyazaki film we're just transported to this really amazing world. Then there's a lesser-known show called Adventure Time we're both very influenced by. Then of course you have Dr. Seuss and the Muppets too! We sort of put all that in a blender.

Walt: We both come from such a hand drawn background. As far as the look of the Trolls world, we wanted to bring in that handcrafted feel. CG is so advanced technologically, but we wanted to use that technology instead to make a world that had all these different textures. In this case, the look of really natural fibers and felt and carpet.

Mike: We wanted the look of the film to make you feel happy. Not only is the central theme of the movie happiness, but we wanted to actually create happiness with how the movie looks.

When we picked the theme of happiness, we actually did a lot of research, TED Talks about happiness, things like that. What is happiness? What happens if you lose it?

You really have the most amazing cast in this film.

Mike: They're all triple threats. They are all tremendous actors who can really sing, and every one has a great sense of humor.

Justin was so excited to be working on this project from the beginning. One thing people might not realize about him: He's a real perfectionist. Every little detail he wants to get just right.