Review: Keeping Up With The Joneses 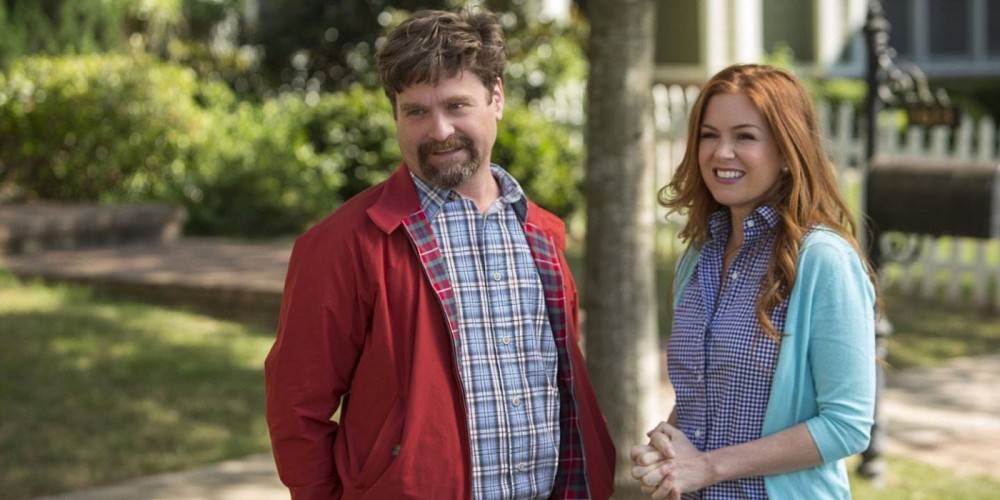 KEEPING UP WITH THE JONESES

That’s the question du jour when it comes to a picture graced with four bright performances but hampered by a plot that felt recycled even back when Millard Fillmore was president.

Zach Galifianakis and Isla Fisher play the Gaffneys (Jeff and Karen), the sort of suburban caricatures whose lives are so dull, they decide having sex is too much effort (even when the kids are away at camp) and opt instead to watch TV.

Jon Hamm and the Amazonian Gal Gadot (Batman v Superman: Dawn of Wonder Woman) play the Joneses (Tim and Natalie), the sort of suave, gorgeous creatures who move into the neighborhood and immediately stick out like a carrot in a bowl of ice cream.

Jeff accepts the newcomers at face value, but Karen has her growing suspicions, particularly when she sees the couple surreptitiously sneaking out of the cul-de-sac at odd hours.

Eventually, it’s revealed that the Joneses are spies, but are they on the side of right or wrong?

As far as viewers are concerned, that’s a no-brainer, and the plot proceeds with the usual boilerplate about someone wanting to stop someone else who’s wanting to acquire something that threatens the country/the world/the stock market/the Applebee’s special/what-have-you.

The script by Michael LeSieur (whose previous credit, You, Me and Dupree, earned my vote as the worst picture of 2006) never ventures outside of any known comfort zones, but that’s not to say the actors don’t work wonders within it.

Gadot is appropriately silky and sinewy, Fisher again proves her worth as a first-rate (and underrated) comedienne with her contagious effervescence, Galifianakis continues to become less annoying and more likable with each subsequent turn (this might be his best role to date), and Hamm again reveals the prankster’s soul buried underneath the matinee-idol looks.

As the cherry on top, the villain of the piece is played by a stand-up comic who really should be getting more film work, and he contributes a few expertly executed zingers.

Even with that cast, I can’t quite recommend anyone spending movie-theater prices to keep up with these Joneses. But as a Netflix rental down the line? That’s the ticket.