Fighting for the right to vape

One in five Americans will die from smoking-related cancer, respiratory illness or other disease this year, and cigarettes will kill over a billion people worldwide in the next decade.

Nicotine gum, prescription pills and sheer will power have helped many folks set down the death sticks, but quitting for good is notoriously hard. In the last few years, the use of e-cigarettes—also known as “vaping”—has been on the rise as a way for nicotine fiends to reduce the risks of conventional smokes and dial back the addiction altogether. Vapor technology employs steam and flavored “juices” to deliver a kick instead of tobacco and fire, and the method has been met with much success—and controversy.

As vape shops have been thriving around the country, lawmakers and lobbyists have kept pace with legislation to limit manufacturing and usage. Proponents say there’s nothing wrong with regulation, but many believe there is active sabotage of the industry and suppression of information by public and private interests. Such collusion, in addition to the forces that continue to support Big Tobacco internationally, is the focus of the documentary A Billion Lives, screening this Monday, Dec. 5 at Carmike 10 theaters on Stephenson.

“Our film explains not only the extreme dangers smoking inflicts on millions every year, but also how governments and the large corporations who benefit them hold real solutions like vapor technology hostage to keep tax revenue and profits rolling in,” says director Aaron Biebert in a Q&A posted on the film’s website.

Biebert isn’t a smoker himself, but when a friend died from lung cancer, he began researching smoking addiction and successful ways of treating it. He initially thought vaping was “some hipster way to keep smoking indoors,” but after the UK’s Royal College of Physicians confirmed that vaping is 95 percent less harmful than cigarettes, he turned his lens towards why certain governments seem so dead set against it.

“If smoking disappeared tomorrow, there would be nearly a trillion dollars of lost revenue. Giant companies would fail. Massive charity organizations would lose their donations. Government programs would shut down...Organizations like the American Cancer Society take money to endorse certain pharmaceutical products and then come out against vapor technology. It’s a clear conflict of interest.”

A Billion Lives is garnering international attention and having a profound effect worldwide. Biebart, a first-time filmmaker, took home the Best Director and the Supreme Jury Prize awards from the Melbourne Film Festival in July, and the film won Best International Documentary at South Africa’s Jozi Film Festival in September. On the policy side, just a few weeks after the film’s premiere in New Zealand, the government there announced it would reverse its ban on vaping and its accoutrements.

Locally, the vaping community has rallied to bring the film to Savannah. Jason Luu, who owns Vape Savvy on Whitemarsh Island, partnered with independent e-juice mixologist Bobby Goldner as well as Billy Bales of Pirate’s Cove Vapor Lounge in Bluffton, Farris Tompkins of Rincon’s Foghouse Vapors and Andrew Kraft of Vapor Trails in Pooler to buy out the theater so that people can attend for free.

“Ultimately, it’s our job to convert smokers to vapers and save lives. This is outside of business,” says Luu of working with his competitors. “My belief is that community is more important than business. I would rather have friends for life than make dollars.”

An original member of the Georgia Smoke Free Association, Luu and his comrades worked to defeat HB 907 earlier this year, which would have imposed strict regulations on small vaping manufacturers but exempted pre-packaged devices made by larger companies. A similar law passed in Indiana last year has crippled the vaping market in that state, and new rules drafted by the FDA, including a ban on free samples and demonstrating how equipment works, began being enforced this summer. Vaping advocates continue to push for reasonable federal regulation and representation.

“There are nine million vapers in this country,” reminds Luu. 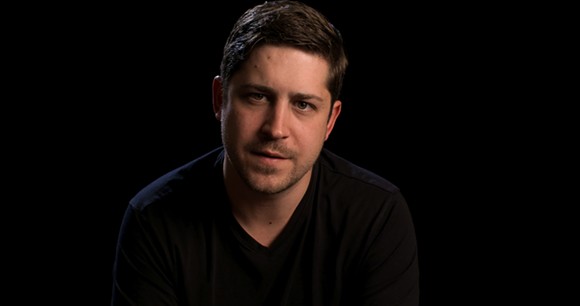 Luu has received help organizing the free screening from customer and advocate Sheba Love, another original member of the Georgia Smoke Free Association who became acquainted with the film and its director online. Love, a former smoker, appreciates not only how Biebart exposes corruption in the film but also dispelling myths about the vaping community.

“It’s put a different light on vapers. It’s not just kids blowing clouds,” says Love of the around the world that have organized to bring awareness to vaping as an inexpensive, safe way to stop smoking cigarettes.

While there is a significant movement asking Netflix to add A Billion Lives to its documentary section, the grassroots showings are the only way to see the film at this time. Love asks that folks register for the free seat in advance but says there will likely be tickets available at the door.

“Our aim is to get not just the vapers but everyone else,” he says.

“This is a bigger story about how the government will do whatever it takes to keep pockets lined. And that’s the global reality of it.”

The film’s director echoes the same pitch as he describes his motivation for making the film.

“This is bigger than just a billion people dying,” continues Biebert.

“This is about all of us caring about our neighbor, demanding honest information, and keeping our government in check.”