The return of Night Flight

IF YOU were there, you know. And if you weren’t there, you’ve certainly heard.

From 1975 to 1988 in a Savannah very different than the one we live in today, a Navyman and his cousin dared to dream up a homey hangout to showcase original, live music. 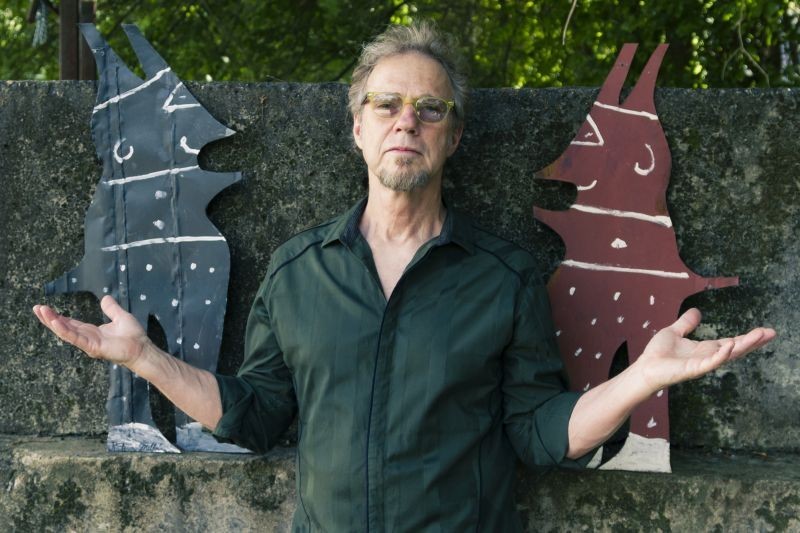 Now, us whiny, runny-nosed millennials and folks who didn’t call Savannah home until after ’88 may have missed out on the glory days. But what’s greater than underground local history and stories of rock ‘n’ roll dreams come true?

We spoke with Coy about taking a chance on a wild idea, the community—and families!—that Night Flight created, and becoming a milestone in Hostess City music history.

When you opened Night Flight, were you making a music venue? A bar that also happened to have live music?

We weren’t really sure. I opened the place with my cousin Ted Coy right after I’d gotten out of the Navy. For three years, I’d had the romantic idea in my mind of a bar with great music. We jumped in with both feet, not knowing anything about the business of operating a bar, buying and pricing liquor, and dealing with the public, and not knowing how to book great music.

We started by booking a great local band with terrific musicians and they helped me get my feet wet, started putting me in touch with other musicians. We started reaching out to regional artists...before we knew it, we were booking national acts.

Were you involved in music? Did you play? Were you an appreciator?

How did Night Flight fit into the music scene at the time? People always say there was nothing like it.

Well, there was nobody in town booking national or international acts. The local guys were good musicians, but there weren’t really any places that were booking artists writing their own music. Most bars were booking bands doing a lot of covers—Jimmy Buffett, Allman Brothers—whereas songwriting was a premium for us.

It was very small. We had a modular stage, so if we had a solo performer, like John Hammond, we’d make the stage small. You were able to get maybe 100 people in the listening room, and people could stand in the bar area looking through the archways and connect with what was going on onstage. If we had a big group, like Asleep at the Wheel, we’d have to expand the stage.

What are some of the most memorable Night Flight shows for you?

That’s such a variety; were you intentionally booking a mix of styles?

We were trying to draw in as many different kinds of musicians as possible. We had Charlie Byrd, the great jazz guitarist, and we had bluegrass, blues, reggae, folk. Odetta, that was a very interesting night. World music, zydeco, Cajun music, it was wonderful. Celtic, Irish music...

Looking back, I remember Steve Earle playing for us a number of times; one time we had him, there were ten people in the audience. When Robert Cray played for us, we had maybe ten people in the crowd. A year later, he was playing The Civic Center.

On the other hand, we had Son Seals, one amazing blues guitarist, but he was unknown, and the night he played, it was a drenching downpour and the show was packed. He put on amazing show.

It was hard to predict. The winters were hard between New Year’s and St. Patrick’s Day. Those were some of the lean months where we barely scraped by.

Why the lineup for the reunion show?

First of all, Randall Bramblett played for us regularly and was always a big guy, brilliant musician, a natural. The Swimming Pool Q’s were a favorite and sentimental favorite—everyone wanted them back. David Olney was, to me, one of the best songwriters that ever played Night Flight. ...It was natural to bring him back.

Aside from the music, there was a real community around Night Flight, too.

We had a really loyal following. It’s amazing the number of people who met their husbands and wives at Night Flight! My wife and I sponsor a bass player, Peter Berquist, with Savannah Philharmonic. We had coffee with him at The Bean to get to know him. I mentioned that I had a bar on River Street...he said, ‘I met my wife there!’

And another good thing about our crowd is we never had any fights, never had to throw anybody out. That was a testament to the kind of people that we drew. We had a lot of Rangers that would come in, and just having them around made people behave.

Do you think a place like Night Flight could exist in Savannah today?

I don’t know if a club that booked the wide variety of music we did could survive. I think music taste is very compartmentalized these days. A jazz club could make it. The Jinx does well with booking...

At Night Flight, people expected a broad spectrum of music, and a lot of times, if we had a new artist coming in, they would come anyway. They trusted our taste.

So, do you ever think about getting back in the club business?

I’m too old for that—that’s a young man’s game!