UPDATE: The opening has been announced! Husk Savannah will be open for dinner beginning on Jan. 3. Reservations only.

SAVANNAH HAS been eagerly anticipating the opening of Husk Savannah, another offering from the great Southern chef Sean Brock.

Savannah will have to anticipate just a bit longer, however. While original plans had Husk Savannah opening in December, Husk Savannah Marketing Director Skelly Stevens says “it would be accurate to say that the restaurant will open shortly after Christmas.”

A project of Brock and the Neighborhood Dining Group, Husk Savannah will highlight the unique ingredients of coastal Georgia. It will reside in a historic building at 12 West Oglethorpe St., dating from 1898.

The cuisine of Husk Savannah will uphold Chef Brock’s strictly Southern philosophy – working with local farmers and purveyors for a menu of exclusively Southern-grown ingredients. They will use tried-and-true techniques of seed-saving, heirloom husbandry, in-house pickling and charcuterie.

Brock says he is excited about “exploring the possibilities of Savannah’s foodways and hospitality and to make a small contribution to the culinary history of Savannah.”

Brock says that those familiar with the flagship Husk Charleston will find that “Compared to Husk Charleston, Husk Savannah is a larger historic space with private dining and an expansive bar including a raw bar.”

Following the success of the Husk concept opening in its original Charleston, S.C., location in 2010, and the opening of the Nashville, Tenn., outpost in 2013, The Neighborhood Dining Group is “eager to continue celebrating the ingredients and cuisines of the South,” a spokesperson says.

“We are excited to build our popular brand in two vibrant cities, renovate two more historic buildings and create so many jobs in our communities,” states Howard.

Chef Brock has hired Tyler Williams, formerly of the Woodfire Grill in Atlanta, as Chef de Cuisine of Husk Savannah. 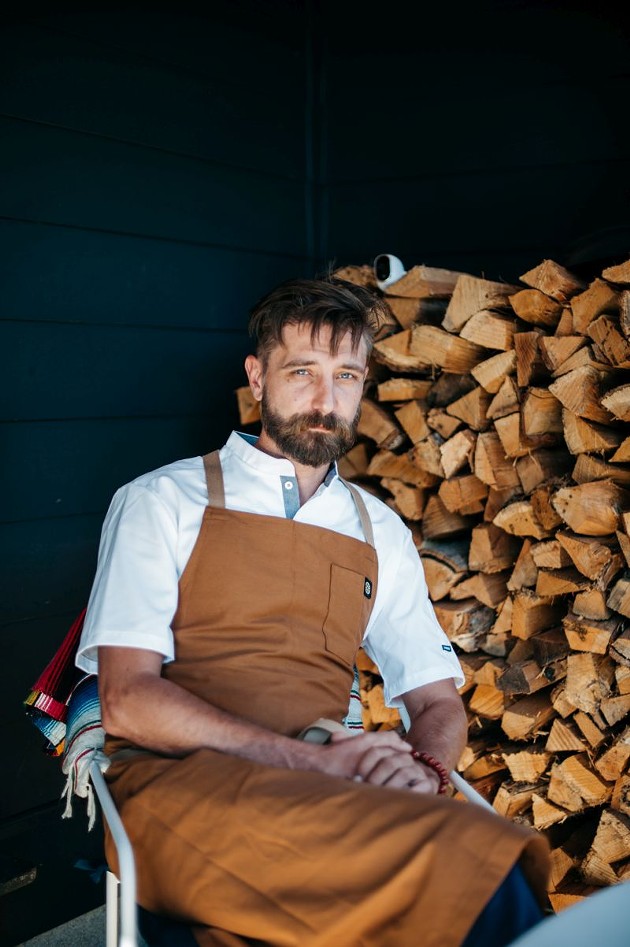 “Tyler brings immense culinary talent and a true appreciation for preserving the relationships with local farmers, the land, and the ingredients that are essential to Southern heritage,” states Brock. “I am honored to be working with both chefs as we expand the Husk footprint across the South.”

Under the direction of Brock, Williams will introduce the Husk concept and philosophy of sustainable and locally sourced dining and gracious hospitality in these new markets. Williams will lead the menu creation and food sourcing, utilizing the highest quality, seasonally driven bounty from local farmers and purveyors to create dishes with a distinct Southern identity, influenced by Savannah Lowcountry flavors, respectively.

Both chefs, in Greenville as well as Savannah, plan to bridge the gap between the foodways of their local area by sourcing indigenous ingredients and representing them on the plate in their truest historical form, they say.