SIX PORTRAITS of African Americans dot the walls of the Jepson’s Kane Gallery.

Reese shares the story of Louis Agassiz, the Swiss-American anthropologist who commissioned photographer J.T. Zealy to create daguerreotypes of enslaved African Americans in Columbia, S.C. in 1850.

The photos were part of an anthropological case study that would help Agassiz prove the races were separate—and that African Americans were inferior.

“It’s called scientific racism—it is racism—but it’s proven through the sciences,” Reese explains. “These daguerreotypes are some of the earliest and only photographs of enslaved people in the South. These are slaves before emancipation.”

In the late 1980s, acclaimed artist Carrie Mae Weems discovered the daguerreotypes in a collection at Harvard and photographed them in an act of reclamation. She reprinted them with an indigo hue to reference the cash crop indigo and cut them into circles, referencing the camera lens.

By photographing the daguerreotypes years later, Weems restores power, agency, and dignity to the subjects. That, in essence, is what Weems’ “Sea Island Series: 1991-1992” is all about. 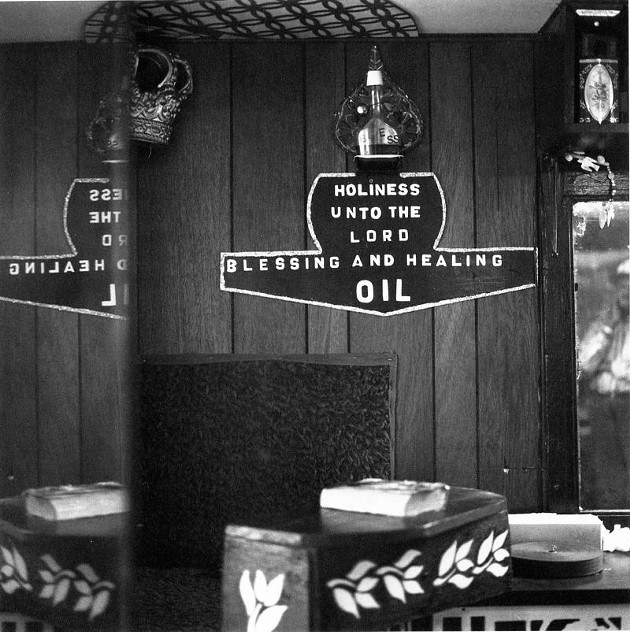 “Her methodology over these years has been trying to give a voice to the underrepresented narrative—usually related to power structures or gender—and reclaiming it, rewriting it, re-photographing them, and giving them power,” explains Reese.

During her studies at UC San Diego, Weems started thinking of folklore as a direct method of communication.

“She became interested in looking for her African roots and discovered the Gullah culture and communities off the Sea Islands of Georgia and South Carolina,” says Reese. “This series is an intimate look at place and people of place. It’s not a straightforward documentary approach—her artistic sensibility is evident.”

Created between 1991 and 1992, “Sea Island Series” dives into the world of the Gullah-Geechee. The Gullah people are the descendants of enslaved Africans who settled in the Lowcountry after being brought to the United States in the slave trade. The culture has their own language and a rich culture that is often considered the most African of the American cultures.

The exhibition blends Weems’ photographs of the Lowcountry, panels of Gullah folklore, and ceramic plates with text and is supplemented with informational panels about the Gullah culture.

“We are here in the Lowcountry, and we’ve done a lot of work and have a lot of interpretive material about who are the Gullah-Geechee, what is their history, and what issues are they facing today,” says Reese, “not only as a long trajectory but from the 26 years since she took these photographs. What’s been happening from 1992 to 2018?”

Reese and her curatorial team interviewed Gullah natives and descendants and included their quotes in the exhibition to show that Gullah culture is still thriving.

The series doesn’t gloss over the dark portions of African-American history, instead confronting them head-on. One panel tells the story of Ebo Landing on St. Simon’s Island, where a ship of West Africans was brought to Dunbar Creek to be sold into slavery.

“Legend is they spoke a specific language together and amongst themselves decided it’d be better to commit suicide and drown than become slaves and step onto the shore,” Reese shares.

“They stepped out of the boat and went into the water. The white Europeans didn’t understand their language and didn’t know what they were doing, and they all drowned. It’s a very powerful legend that touches on the importance of water in the Gullah culture, and its touchpoint to West Africa. There’s a lot of belief systems that talk about returning to the homeland through the water, being buried near the water. It’s been discussed that water has been able to help retain the culture so well, the seeming isolation of the island.”

While planning the exhibition, Reese reached out to experts who could help her better tell the story of the Gullah people.

“It’s not just me,” she asserts. “This exhibition involved a lot of research and feedback, not just people in the Gullah community that have been essential to this exhibition because we wanted to do it right, but also from other historians and interpreters to make sure we are using the right language when we talk about a certain people, a certain history.”

“Sea Island Series” is presented concurrently with Paul Stephen Benjamin’s “Reinterpreting the Sound of Blackness,” both opening Jan. 26. (Benjamin’s exhibition will be featured next issue.)

“They’re both celebrating how African American history is integral to American history collectively. They are saying unabashedly, ‘Look at this from historic antecedents and then look at how it plays out in Paul’s work through pop culture and mass media,’” explains Reese.

“You’ve gotta come through Paul’s show to come to [Carrie’s] show, so you’ll get the feeling you’ve entered a different space.

“What [Weems] is doing is saying that African-American history is really complex, and it’s something to be celebrated.”